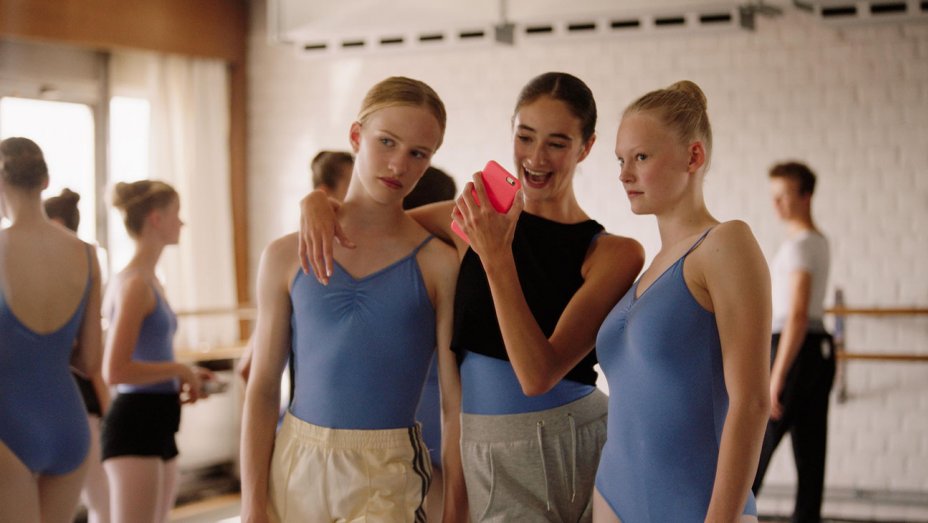 Adolescence is a terrible time of bewildering choices, sexual urges and obsession with appearance. Those ardently drawn to find a mate are the most cruelly punished, as others keep quietly buttoned down by insecurity or jealousy. Who knows what is happening physically at puberty, especially when bodies and minds feel confused about gender.

No one has expressed this better and more naturally than Belgian director Lukas Dhont with his latest feature GIRL, about a boy who wants to be a ballerina. This gender fluid teenager is played with thoughtful ease by 15 year old cisgender actor Victor Polster in a down to earth gem that rivals a A Fantastic Woman in every way.

Lara (Polster) has moved with her French-speaking father Mathias (Arieh Worthalter) and younger brother (Oliver Bodart) to study at Belgium’s most famous dance academy. So there are two important episodes that the teenager must face: preparing for transition, since she was born in the body of a boy, and working to become a professional ballet dancer. But Lara has all the support of her entourage including her family and new friends, and this is underlined in a tricky moment when the female students are asked whether they mind sharing their dressing room with their new colleague. This is all handled with consummate skill, and Lara soon settles in.

Dhont rose to fame with his titles Headlong and L’infini also set in the dance world and here he conveys Lara’s struggles through subtle body language and looks – there is a fascinating scene where Lara uses white tape to flatten her pelvic area in preparation for a skin tight ballet costume. While Lara is excited about the upcoming surgical operation, having been prepared by a Flemish psychiatrist (Valentijn Dhaenens), who does not want Lara to suffer any longer in the wrong body, his father Mathias is actually more nervous about his son’s hospital visit and the risks it involves.

A tense tone sets in in the film’s second half where Lara suspects the hormones are not working, but this is down to impatience more than anything more serious.“You want to be a woman straight away,” Lara’s father says, “but you are an adolescent too”. The two then share one of the film’s most touching tête a tête’s. The film works best during these tender moments when we feel for the characters and their dilemma. These are crucial in preparing the audience for the startling finale, and Girl could have done with more of them. That said, Dhont manages to dovetail Lara’s physical transformation with her emotional adaption – no mean feat.

This is very much Polster’s film and although the support cast feel natural and well-prepared, what really makes this enjoyable is the actor’s strong background in dance which is elegantly captured by strong visuals from DoP Frank van den Eeden, who focuses on the physicality and agility of the dance moves.MT

In cinemas and on Curzon Home Cinema FROM 15 March 2019