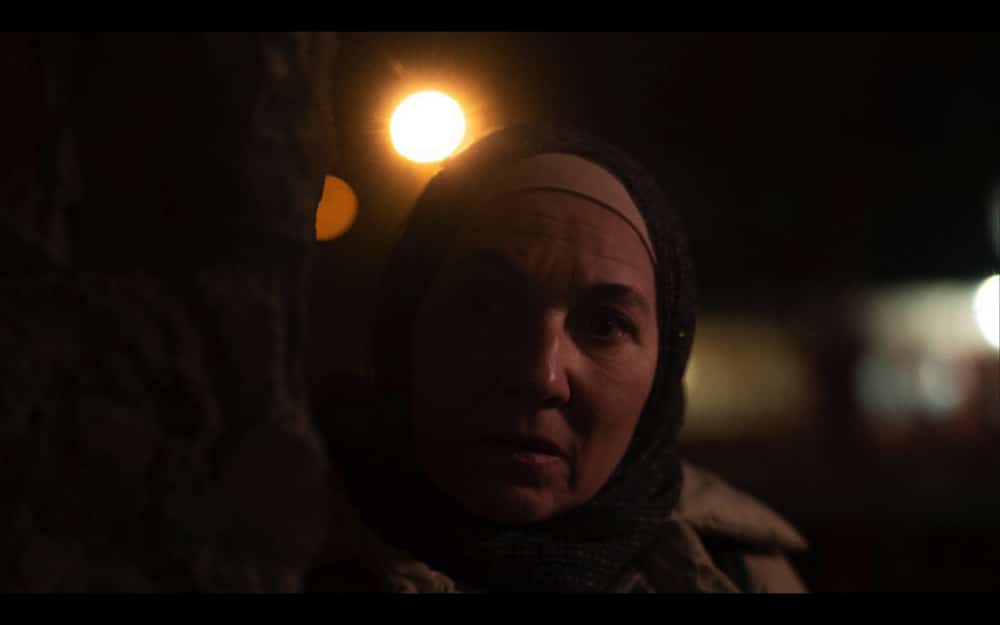 Simple but never simplistic Ghost Tropic is a nighttime odyssey in Brussels seen through the eyes of a Maghreb domestic cleaner, after missing her metro stop.

Bas Devos establishes himself as a leading talent in filmmaking with this upbeat picture of a woman but also a city; a melting pot of race, religion and cultures, short vignettes gradually building up a picture of middle-aged Khadija and of Belgium’s capital city.

Khadija’s living room is seen at the beginning with the light giving way to darkness. “What might people think about the person who lives here?” asks a voice-over. The answer is given in the small encounters which amplify Khadija’s experience and the kindness of strangers at the end of the metro line, with no services running till morning.

A night bus is cancelled, and the nearest ATM yields a blank, so she sets out on foot to find her way home amongst those living on the margins of society, stumbling across a dog and a tramp (Dermul), one of them won’t make it through the night. A friendly petrol station worker (Neuville) worker offers her a lift home and another story of misfortune, and we learn that Khadija’s husband Munir died some years ago. A call to her son Bilal, reveals he lives alone, and she spots her seventeen-year old daughter (Diri), with a group of youngsters. She follows at a distance noting her daughter’s burgeoning relationship with a boy, a serendipitous meeting outside another building yields a lucky outcome for Khadija and gradually as daylight dawns we see her home in a reverse proceeding of the opening shot.

Shot on rich Kodak stock by DoP Grimm Vanderckhove, the night seems to shimmer with hope despite her ordeal, the darkness is never threatening, with small moments of beauty thrown in. Buildings loom like lighthouses, illuminating her passage through the gloaming, a journey that started in darkness dawns with a ray of hope – a gradual realisation that life has come full circle – what at first seemed daunting now radiates with light. Full of humanity, Ghost Tropic is a real pleasure to watch – and to admire. AS