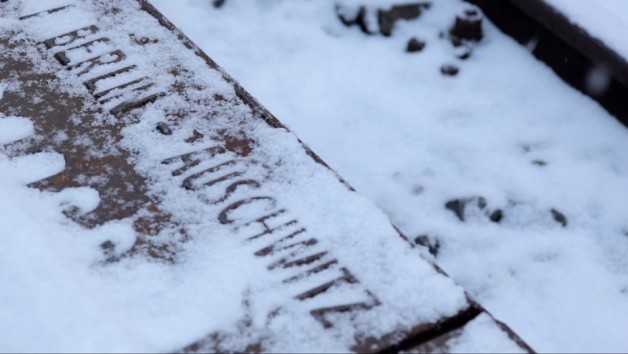 Janina Quint’s directorial debut is an illuminating portrait of contemporary Jews and Germans living together in a precocious co-existence, that uncovers more questions than answers.

Quint structures her documentary around interviews famous people – like the popular German singer Herbert Grönemeyer – and a room full of ordinary citizens, where equal numbers of Germans and Jews discuss their experience of living together. There are about 200 000 Jews living in Germany today, that is exactly 0,2 % of the whole population. It is therefore very likely that many Germans outside the big cities – particularly Berlin, where the overwhelming majority of Jews live – never come in contact with a Jewish person. It is hardly a surprise that most of this documentary is shot in the reunified capital, where many Jews from the old USSR- and some Israeli emigrants – have re-settled.

Before we listen to contemporary problems of coexisting, we hear from the older generations of re-migrants – such as the publisher Rafael Seligmann, who was born in 1947 in Tel Aviv – talking about how life has changed for Jews living in post-war Germany. After Goebbels declared Germany “Judenfrei” (free of Jews) in 1943, meaning that 523 000 German Jews had ‘disappeared’, the majority murdered in Concentration Camps; about 27 000 Jews lived in West Germany at the beginning of the 50s. The overwhelming emotion of Germans in those days was enormous self-pity, they would not stop about talking about how victimised they were. The Nazi past, particularly the Holocaust, was a taboo in post-war West German society; whilst the population in the GDR, celebrated victory over he Nazis, thanks to their Soviet liberators, but was wary of the Jewish survivors, in the majority communists, whose religious freedom was curtailed. The Eichmann trial in Jerusalem, followed by the Auschwitz trials in West Germany, at the beginning of the Sixties, changed attitudes in the Federal Republic. The student uprising in 1968 brought a confrontation between Nazi parents and their children, and the USA TV series ‘Holocaust’ in 1979 was watched by over ten million in West Germany, children asking their parents “if this really had happened”.

Today many Germans of the younger generation don’t want to be lectured about the Holocaust anymore; recent polls show that about 27% of reunited Germans are Anti-Semitic, the most mentioned complain is “that Jews have too much influence”. One of the reasons for this is the fact, that about 20% of the German population has a migrant background, often coming from Muslim countries, where Anti-Semitism is rife. Anti-Semitism in Germany today centres around the human rights record of the state of Israel in the occupied territories – which is hardly worse than that of many other countries in the region, and around the world. The most ironic interviews are with emigrants from Israel, who prefer a life in Germany to their homeland, “because it is safer to live in Germany than in Israel”. Because the Germany of today is part of a democratic Europe, third generations Jews and Germans may be able live together (even though an emotional chasm still exists), but for any older Jews there is still the post-war consensus of living out of suitcases, promising to “be next year in Jerusalem”.

GERMANS & JEWS tries to spin the theory of change, which makes co-existence between Germans and Jews possible. But by mentioning these statistics, it somehow contradicts itself. By leaving out the growing danger of European fascism, which manifests itself in Germany with recent elections successes of the German ADF party, an extreme right-wing organisation, Quint paints a rather hopeful and optimistic picture. But she still tackles a necessary conundrum: how far can the past between Germans and Jews be ignored, before it becomes a denial?. AS