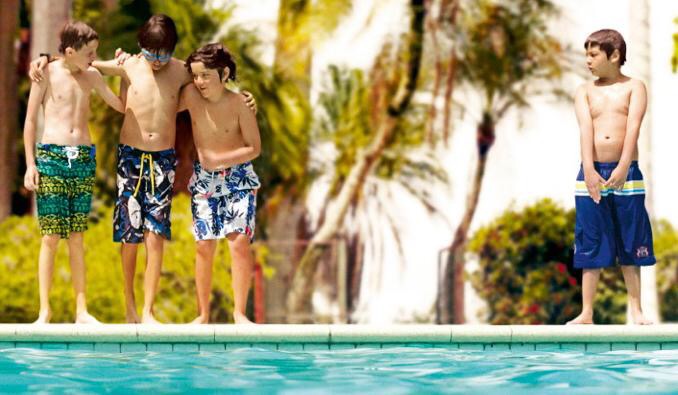 First time director Franco Lolli uses neo-realsim to explore another father/son relationship -the narrative unfolding with poignance and pragmatism in his debut GENTE DE BIEN – a title that implies both decency and wealth.

When ten-year-old Eric (Santamaria) is handed over from his mother to his father Gabriel (Carlos Fernando Perez) in downtown Bogota, Gabriel is not too keen to take the responsibility for his child, or, as it turns out, anything else. Despite being highly intelligent, Gabriel works as a handyman and bottom-feeder; getting by doing odd jobs and scrounging off his family. But when his sister refuses to lend him the deposit for a flat, one of his customers, university lecturer Marie-Isabel (Borrero), takes pity on Gabriel and invites him to stay. As the kids play, her own son becomes jealous and hostile towards Eric but Marie-Isabel’s tries to reconcile them, forgiving Gabriel for stealing money. Gabriel’s concerns are that Eric will get used to Marie-Isabel’s largesse and clearly feels demoralised by his inability to provide for his son. This comes to a head when Marie-Isabel invites Gabriel and Eric to enjoy Christmas with her extended family who ostracise Eric, particularly after they learn that he has wet his bed. When Eric gets aggressive towards her, Marie-Isabel has no choice but to return the boy to his father in downtown Bogota.

Lolli offers great insight into Columbia’s social divide and the hypocrisy of the country’s staunch Catholicism in this charming and sensitive drama. Oscar Duran’s camerawork is  imaginative, showing not only the huge difference between the classes, but creating a sort of poetic realism in a scene where Eric is riding on a horse to a Flamenco version of “My Way”. The acting, particularly Santamaria’s Eric, is always natural and fluid. Even Lupe, Eric’s dog and best friend, seems always game, even though his health is deteriorating dramatically. The great strength of GENTE DE BIEN is Eric’s brave struggle in a world of adults, who for one reason or another fail him. In the case of Gabriel, this is inexcusable, but Marie-Isabel has to learn that the best intentions are sometimes not good enough, and her family perhaps not as decent as she imagines: singing hymns is one thing, but really sharing is a different matter. A principled but never censorious film in the best tradition of Italian neo-realism. AS