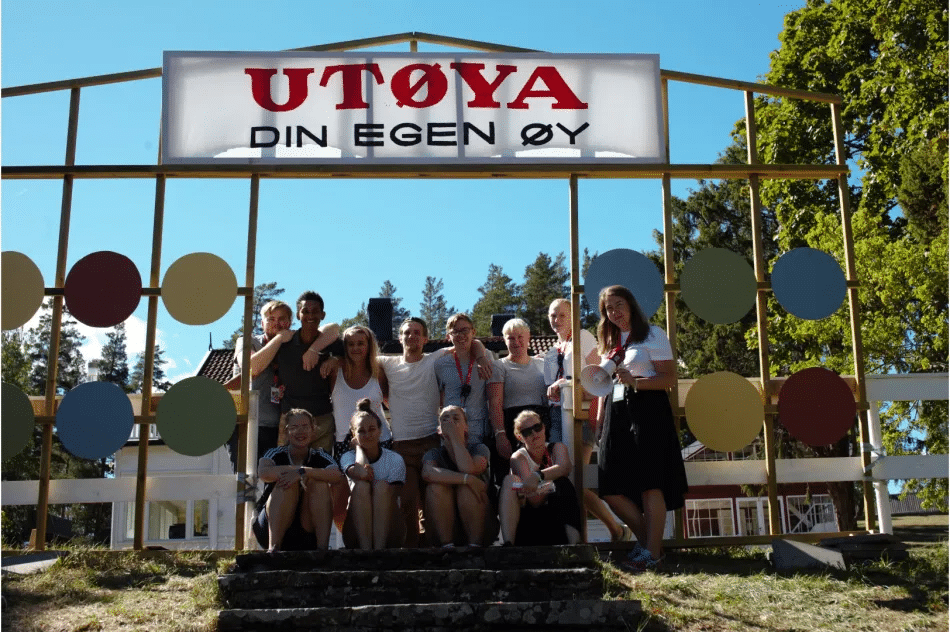 Commemorating  that fateful day of 22th July 2011 when Anders Behring Breivik killed 77 young people on the island of Utøya just off Norway. Aslaug Holm and Sigve Endresen have created a passionate portrait of four women who survived to tell their tale, and they couldn’t be more different.

Kamzy Gunaratnam is the child of modest Sri Lankan’ emigrants at pains to keep their daughter away from politics after their own experiences in the homeland. Kamzy believed in that ‘old chestnut’: ‘It couldn’t happen here’. But it did. On that fateful summer day, Kamzy swam away from the shore in the midst of Breivik’s killing spree that went on for over an hour. Today she is the Deputy Mayor of Oslo, a position she has to fight for at every turn, the Labour Party fully aware that her background may not win her as many votes as a native candidate. But Kamzy is indomitable, she travels the country visiting schools to bring her message into classrooms.

Ina Rangones Libak was shot three times by Breivik – she recalls her experience with an almost clinical detachment: “First he shot my hands, and I thought -that’s not too bad, then he shot at my jaw and finally my chest. I knew I might die, my last thought, at least what I believed it to be, was a drop of water falling on a leaf”. Friends kept her warm, and stemmed the bleeding and after a long battle she recovered. From 2016 to 2018 Ina was Deputy leader of the AUF, before leading the organisation in the following two years. She still has treatment for PTSD, and receives permanent online abuse, particularly after the Justice Minister of the ruling ‘Progress’ Party, Sylvi Listhaug called the Labour Party to task for “putting the interests of radical Muslims before the safety of the Norwegian people”. Ina reminded the Minister that she and her Party had been the target of a terrorist attack.

We watch Line Hoem as she works with her therapist to help overcome the debilitating psychological after-effects of her ordeal. She also finds regular exercise – particularly running – is a helpful way of easing anxiety.

Renate Tarnes has coped with her ordeal in a community-based way, helping to restore the island of Utøya as a meeting place for people who shared the same beliefs as those who lost their lives there 10 years ago: they pick flowers, and put them onto the names of the sixty-nine who were actually shot down on the island, and whose names are engraved in a large ring structure.

The directors avoid sentimentality even though the emotional consequences are never glossed over. Generation Utøya is a testament to survival – not to victimhood – but to the enduring strength of those women who live on. AS