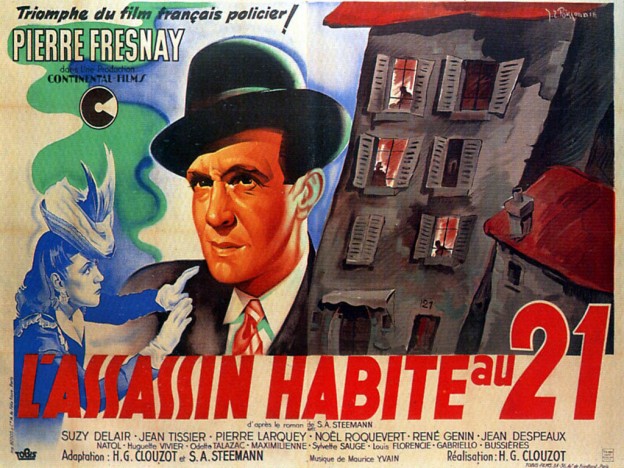 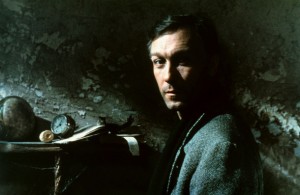 Later she became the head of the Gaumont Film’s production company from 1896-1906, with the studios at La Villette in Paris 19th arondissement, at the time the largest studio in Europe. After Alice Guy-Blache went to Hollywood with her husband, Louis Feulliade became head of production at Gaumont. The company branched out to Britain, acquiring a cinema chain under the name Gaumont British, also producing early Hitchcock films, among them The Thirty Nine Steps (1935).

In 1937 film production stopped, due to Hollywood’s products swamping the French market. The production arm of the company was bought up in the same year by Havas, and renamed Société Nouvelle des Éstablissements Gaumont. Huge losses were made again between 1943 and 1947, but with the birth of Nouvelle Vague, the fortunes of the company changed again. Gaumont distributed one of the fore-runners of the Nouvelle Vague features, Robert Bresson’s Un Condamné à mort s’est echappé(1956). Later Gaumont would acquire the rights to the first two Chabrol films, Le Beau Serge (1958) and Les Cousins (1959). Rohmer (The Marquise of O), Godard’s (Histoire(s) du Cinéma) and Truffaut’s La Femme d’à Côté) were also in the Gaumont catalogue, together with Tarkovsky’s Nostalgie, Bergman’s Fanny and Alexander and Fassbinder’s Querelle during its golden era.

In celebration of this tribute, let’s have a look at some of Gaumont cult classic successes: 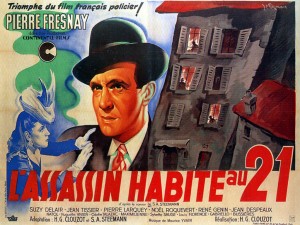 Made during Gaumont’s loss-making period, this Noirish comedy thriller was a success with French audiences. Inspector Wencslas Vorobechnik (Fresnay) – Wens for short – is hunting a serial killer, Mr. Durand, who leaves a calling crad after his seemingly unconnected murders. Together with his girl friend Mila Milou (Delair), an aspiring actress, he chases the murderer down to a boarding house, were the number of suspects is large – everybody seems to have something to hide. After arresting the wrong person, Wens finally solves the case with the help of Mila.

Whilst Clouzot’s first film as a director might be classified as a text-book ‘who-done-it’ in the Agatha Christie mould, there are many typical moments of Clouzot’s misanthropic nature: whilst the hunt for the murderer is going on, the chief of police phones his assistant, and threatens him with the sack, if success is not imminent. The man’s reaction is to pick up the phone and threatens his underling with unemployment – and so on, until poor Wens, the last in the long row, gets his phone call. In another scene, Clouzot cleverly arranges the sequence involving a policeman lighting his cigarette, giving the effect of the prisoner inadvertently giving the ‘Hitler greeting’ with his arm. Clouzot’s humour is very black throughout here, showing early signs of his love for sadism. 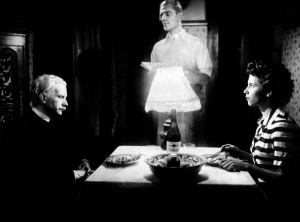 LE SILENCE DE LA MER | THE SILENCE OF THE SEA

Melville’s first film as a director, shot immediately after his release from the Resistance, is based on the novel by Jean Bruller, this being the first of three Melville films about the Resistance, followed by Leon, Morin, Prêtre and L’Armée des Ombres. LE SILENCE is a ‘chamber-piece’, set in the house which an unnamed Frenchman (Robain) and his niece (Stephane are forced to co-habit with a German officer, Von Ebbrenac (Vernon). The German officer, even though polite and obviously cultured, is cold-shouldered by the two French who treat him with an icy silence –after all, he is occupying their house as a member of the German army. The voice over cleverly echoes their feelings, known to the audience, whilst the German tries hard to break through to them with mounting pressure. LE SILENCE is a cold film, Henri Decae’s camera showing the trio like fish swimming round an aquarium: the b/w images create a claustrophobic prison for Von Ebbrenac, only duty on the Eastern Front can release him. A relentless, obsessive masterpiece. 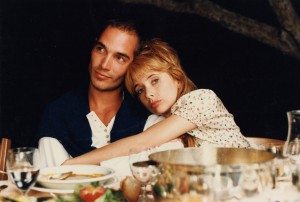 Besson wanted to break free of the excessive intellectualising in French cinema. LE GRAND BLEU was his escape bid – focusing on the visual quality of cinema, it showcased the advent of his ‘Cinema du Look’ approach. It explores the rivalry that overshadows the longtime frienship of two divers. Jacques Mayol (Barr) falls in love with the insurance broker Johana (Arquette), who follows him and Enzo Maiorca (Reno) to all their competitions. Co-written by Mayol (whose real life rivalry with Maiorca was actual, even though both survived), the story is told in vibrantly romantic images, the Sea being much more attractive than the Earth. But despite its magnificent visuals, LE GRAND BLEU is still only a variation on the ’Buddy-Movie’, where men’s friendship supercedes their relationships with women; the sea representing the emotional element. Ironically the film was the favourite Jacques Chirac, President of the Republic. AS