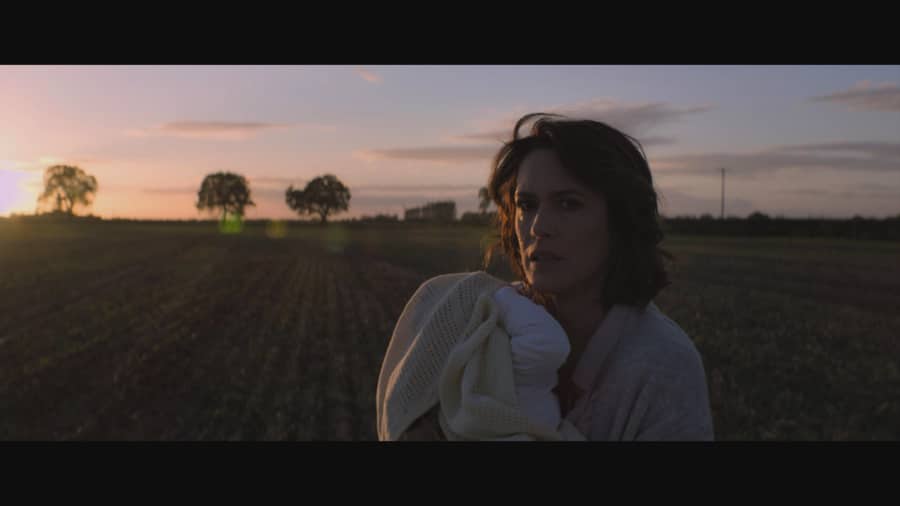 Adapted from a play by Terry Hughes, Gatecrash is a slick home invasion thriller that retains its stagey claustrophobic credentials by keeping things mostly indoors, thus keeping the budget down. As usual with these contempo British indie films, the female character is the victim.

Samuel West has been persuaded to join the decent cast of what is a slim but effective four-hander that ultimately leaves too many questions unanswered. It sees a French woman Nicole (Olivia Bonamy) trapped in an abusive relationship with her hard-edged and controlling husband Steve (Ben Cura). After a night out in their flashy car the couple return to the confines of a plush garage where a vicious row breaks out. Clearly something has gone wrong and they both blame each other, although Steve is clearly the culprit and coerces Nicole to keep schtum.

But it gets worse. Two other characters know what’s happened and they’re not going to let Steve get away with it. As the innocent party, Olivia’s feelings of isolation and fear intensify grow as the pair are increasingly pressurised to fess up – at any cost. MT

Gatecrash will be available for rent or Digital Download from 22nd February in the UK and Ireland.