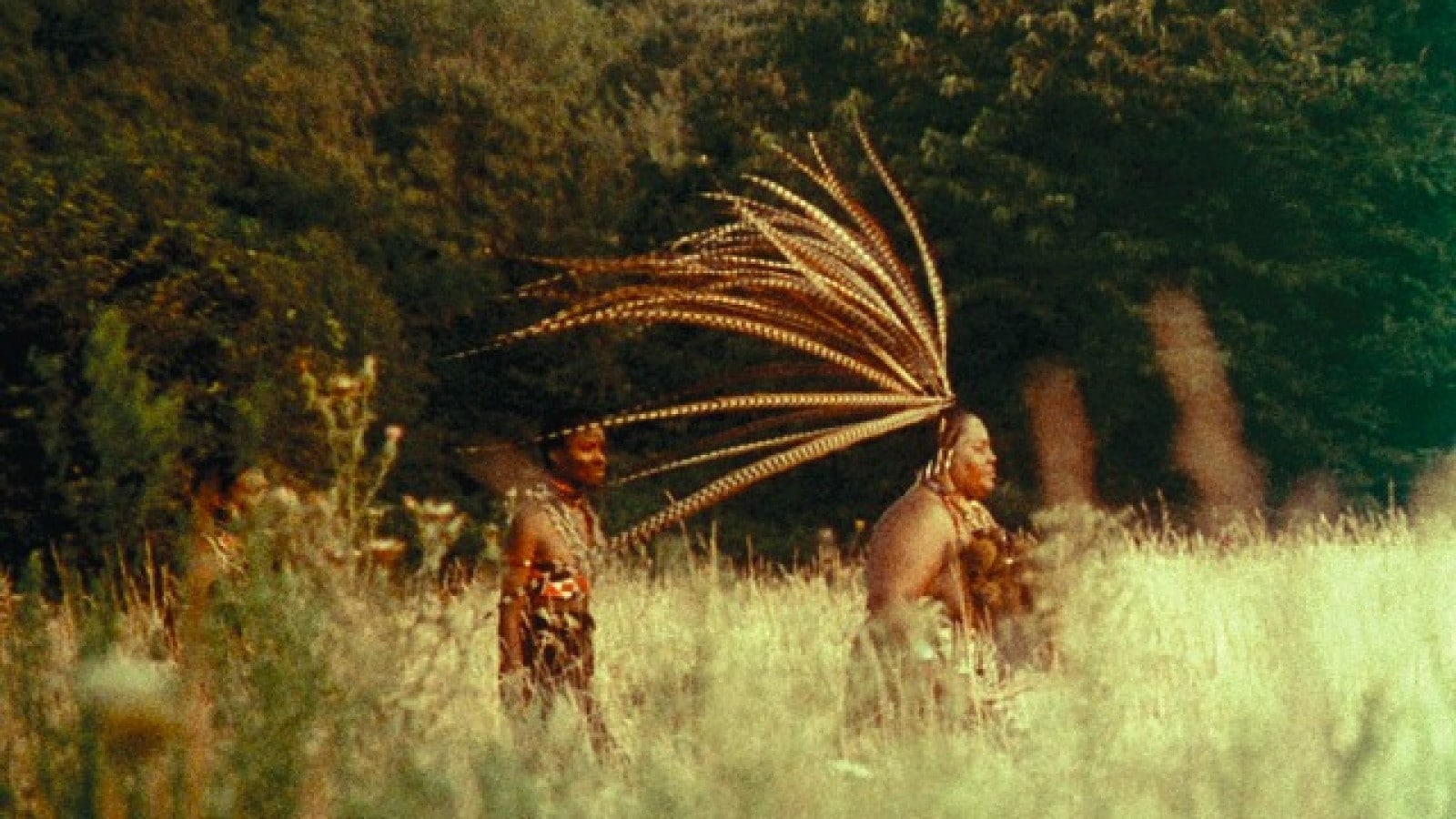 The confused and contradictory comments and descriptions among reviewers of both the quality and the content of this film was probably the desired effect of this laconic semi-underground conversation piece which vaguely appropriated aspects of vampire film iconography to satisfy the film’s financiers without actually making one. It doesn’t have the noisy razzmatazz of the blaxploitation film the druggy-sounding title suggests, or the visual fussiness of a continental seventies vampire movie; while the scenes depicting wrapped up bodies being carrying across a field for disposal rather recall comedies like The Old Dark House and Arsenic and Old Lace. Quite a bit of blood gets drunk, but in circumstances that suggest psychosis rather than authentic vampirism; although only a genuine vampire would be able to drain the glass of red fluid Hess offers to Ganja at one point (blood in that quantity is actually an emetic).

The liberal amounts of both sex and violence are handled in a generally deadpan fashion (the spectacular stabbing of Dr. Green with an infected knife referred to in several reviews, for example, is merely described in an opening caption, not shown), and the characters rarely seemed fazed by much that happens. Duane Jones of ‘Night of the Living Dead’ as Dr. Hess Green has acquired a beard in the intervening five years and like any self-respecting screen vampire lives in an enormous country house with servants. As Ganja Meda, Marlene Clark is enjoyably venal and grasping, her steely beauty (no afro!) contributing the seductive female component without which no seventies vampire film could possibly have possibly been complete. Richard Chatten