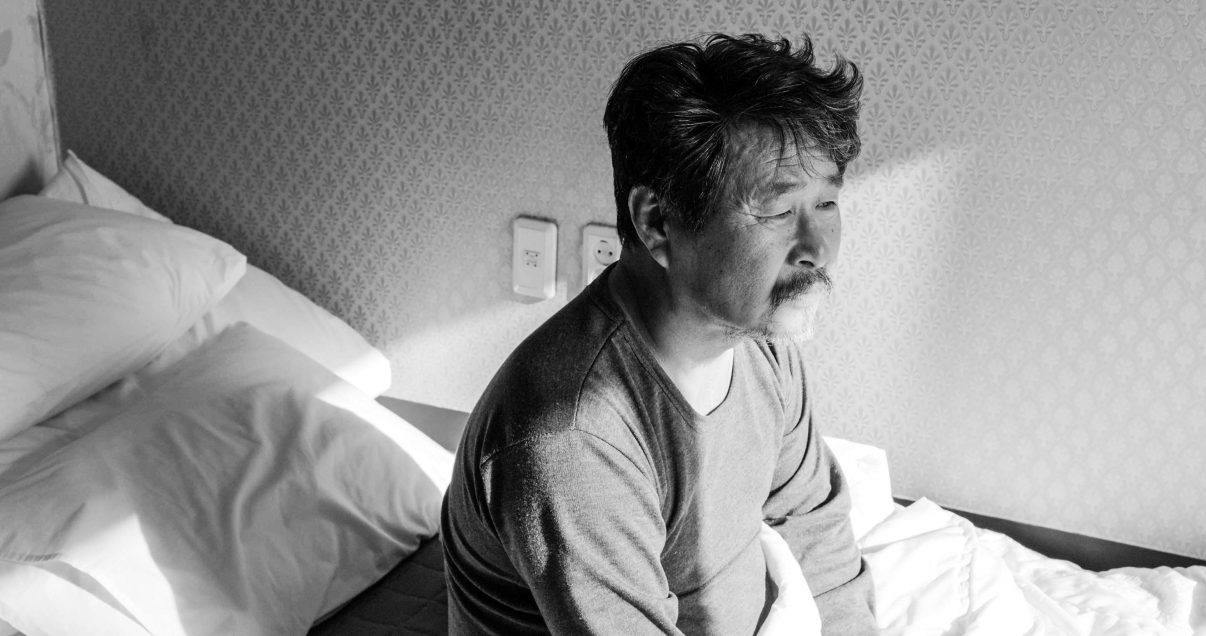 The meaning of life seeps through the quietest moments of Hong Sang-Soo’s GANGBYUN HOTEL (HOTEL BY THE RIVER), a poetic cocktail of family dysfunction and random rendezvous laced with the Korean auteur’s idiosyncratic brand of humour and charismatic charm.

This slow-burning winsome affair sees a famous poet Younghwan (Ki Joobong) in retreat by the Han River where he is overwhelmed by a melancholy introspective state of mind as he contemplates the wintry landscape. Convinced he is going to die, he calls his two sons to reminisce and reflect with him in his Ingvar Bergmanesque final hours as snow softly falls outside. It seems that Younghwan wants to bring a conciliatory conclusion to their lives together but Kyungsoo (Kwon Haehyo) and film director Byungsoo (Yu Junsang) are keen to put their side of the story, as the trio josh a mild tiff breaks out that leads to some revelations and soul-searching. Younghwan quietly slips off to the bathroom as the others temporarily lose contact with their father, fearing the worst, while the old man was merely relieving himself.

In a quiet bedroom, somewhere else in the waterside hotel, two other troubled souls are drawn together: Sanghee (Kim Minhee) is tearfully getting over a relationship as her friend Yeonju (Song Seonmi) consoles and comforts her. But when they meet Younghwan strolling through the snow his rather embarrassing compliments about their appearance lift the mood from sadness to shared hilarity and suppressed giggles.