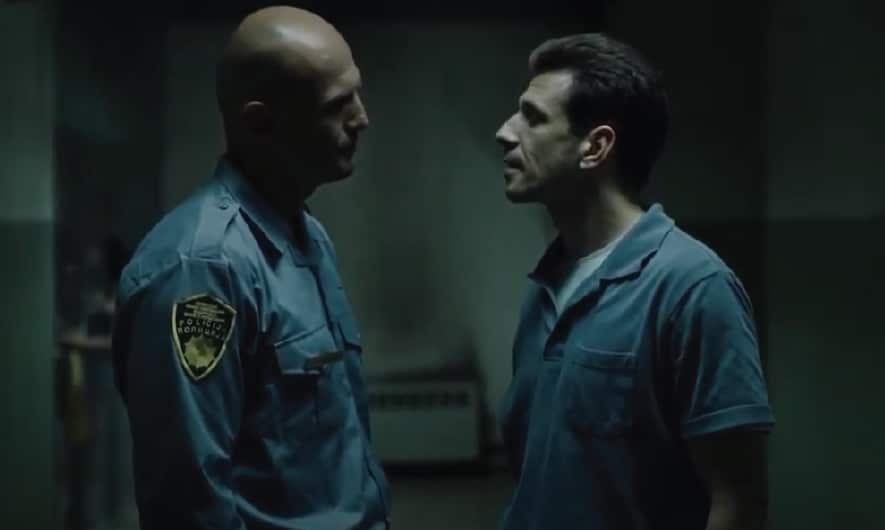 Tales of ‘bent coppers’ are all the rage at the moment. This first feature for Bosnian director/co-writer Nermin Hamzagic is a tense, psychologically brutal account of everyday life in Bosnia Herzegovina where bribery rules, the law protecting the country’s new elite. What makes it even more scathing, is that Full Moon is set in a police station, with the would-be-hero a highly ranked officer.

Rather than making this a moralist roll call portraying the region’s turbulent past and present what develeps is a rich character study centring on Hamza, his homeland and his life.

It all starts with Hamza (Kosovar-born Ukaj) having to be on duty, even though his wife is experiencing a difficult birth in the nearby hospital. A government delegation is in town and needs police protection. The precinct is in chaos and Hamza will spend the rest of the night dealing with the upshot of the lawless corrupt set-up.

Full Moon certainly feels very convincing, Hamzagić and his co-writer Emina Omerović sticking to a traditional narrative structure, the storyline veering into surprising places: Hamza is hardly whiter than white – it turns out he too has had his fingers in the till (which is how he paid for his wife’s IVF). And his decent behaviour doesn’t necessarily reap rewards. Ukaj leads with a gutsy central performance and each character resonates on its own merits. And although Full Moon occasionally falls into the trap of over-the-top sentimentality, there is plenty of textural nuance to break it all up: One of the detainees is a real hard-nosed criminal.

An element that doesn’t quite ring true is the appearance of a young boy in the precinct in the middle of the night, and only Hamza seems able to see him. He could be a metaphor for Hamza’s higher self, a sort of guardian angel, but we are left bemused.