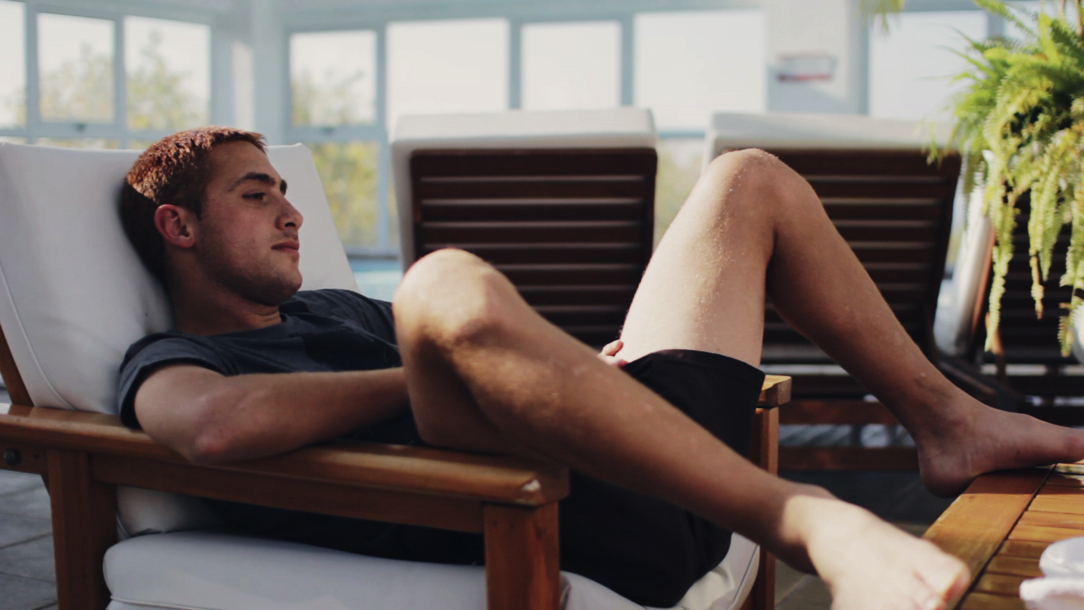 FULBOY is the leisurely debut doc of Martin Farina, who offers commentary in an occasional voiceover as he films his younger brother, a professional footballer, during downtime in the locker rooms chattting to his teammates about the ups and downs of the beautiful game. Apart from offering an eyeful of tattooed and toned ‘pecs’ and thighs, it gets under the skin of these fit sportsmen to see how they think and feel in intimate close-up and on the wider screen. As they roam around like jaguars; styling their hair, showering and posing – they are constantly checking each other out, knowing that soon the TV camera will be scanning their every move during the Big Match.

Frequent glimpses of the Virgin Mary – even in their extensively tattooed bodies – reinforce Argentina as a matriarchal society; and talk of their mothers and wives crops up frequently during banter which covers anything from minor complaints about other players to the stresses and strains of the game, gruelling training sessions and a controlled diet that forbids alcohol. Rather than being a dream to play football for money, it often feels prison-like, when they are trapped in the confines of their hotel, during tough training for tournaments. Lacking a strong narrative as such, FULBOY is nonetheless a pleasurable watch, focusing on the fact that football is all about performing and being watched. But it’s also about making some money and investing it wisely, aware that by 45 these men will have to retire. While quietly monitoring each other, the players make sure that each pulls his weight during contests and that remuneration is fair. At the end of the day, football is a job they do for money and competition is fierce, they have to plan for transfers and make the most of their youthful years. Celebrity or stardom is not the goal, they want to work hard and looking after their families.

Dreamlike, the playful camera roves around in a langorous fashion, finding all sorts of creative angles to explore, in soft focus, both in the showers and outside in the sultry sunshine. A gentle ambient occasional score lulls the relaxed atmosphere or this voyeuristic piece that is underpinned by undercurrents of assured masculinity. MT

SCREENING DURING BFI FLARE AT THE SOUTHBANK 19 March