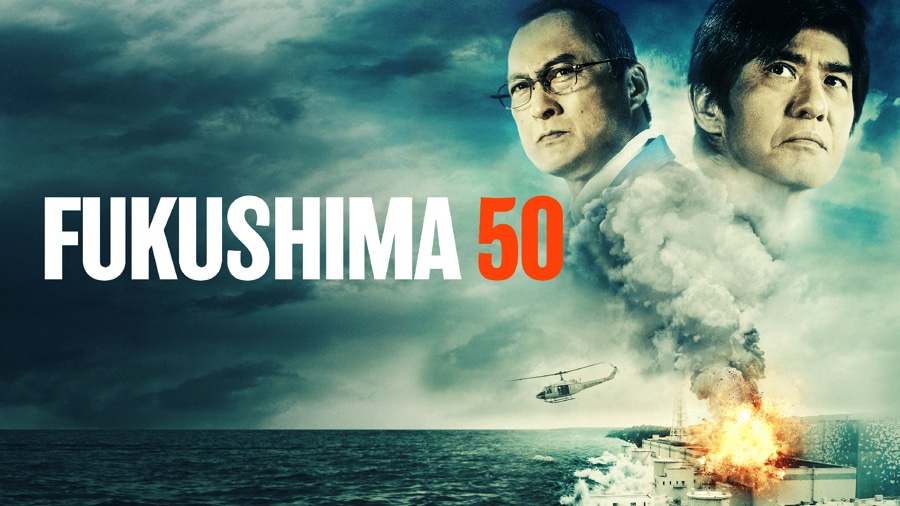 Japanese director Setsuro Wakamatsu pays tribute to fifty courageous workers who averted a Chernobyl-style meltdown when a natural disaster hit a power plant in 2011. This is a blockbuster without any villains – the government and utility executes got away Scot-free, as we soon discover. All the characters are fictional, apart from Watanabe’s Masao Yoshida, the plant’s superintendent, who died – as a national hero – of cancer unrelated to the accident of 11.3. 2011 two years later.

Based on The Inside story of Fukushima Daiichi’ by Ryusho Kadota, Fukushima 50, takes its title from the fifty heroes who stayed to face the music after an earthquake (scale 9 on the Richter Scale) and a massive Tsunami threatened to wipe out the Fukushima Daiichi nuclear power plant, and the devastation of eastern Japan, including Tokyo.

All the men in the plant are tough and selfless (unlike today’s young generation in Japan), there are references to the WWII generation, “who lived for others”. Japan’s military forces are also featured, fighting from the front in great numbers. Toshio Isaki (Sato), the shift supervisor, is the embodiment of these attributes: he would have liked a more active role, but his men ask him to stay behind, whilst they try to cool the reactors down with seawater, or reduce the pressure so that the reactors do not explode.

The seawater solution, brought forward by Yoshida, is one of the few pivotal passages of the film: the Tokyo Electric Power Company (TEPCO), who owns the plant, gives orders to Yoshida not to cool the reactors this way to the plant being damaged by seawater, but the superintendent goes against his orders. Heated arguments add a scintilla of drama but even the Prime Minister (Sano) gets away with a limp performance,oscillating between weakness and bullying.

The lack of a central villain reduces the film to a well meaning fight ballade, everyone striving for heroism. We never find out the cause of the disaster, nuclear power is never questioned, nobody asks if the disaster preparations were adequate or if the country needed to re-think their economic or cultural strategy – after all, idea of WWII being a time of heroism has been successfully propagated by the Japan’s Liberal Party which has been in power since WWII, with the exception of a handful of years.

Compared with the dark and eerie images of Chernobyl, which went for a systematic critique of the Soviet Union, Fukushima does not hold anybody responsible for the disaster – despite the collusion between regulators, government and TEPCO. Meanwhile law suits have been piling up amid ongoing international investigations, the report of the Japanese Parliament (DIET) calls the disaster “man-made”. Nothing has changed since March 2011, and the Japanese Anti-Nuclear movement has lost much of its urgency.

The blockbuster treatment leaves us with good production values (DoP Shoji Ehara), spirited performances by the saviours, but a hapless happy-end, with Isaki being re-united with his family, an unruly daughter and a critical father. Fukushima shows nothing has changed since March 2011, styling his actioner as a boys-only adventure story – thrilling and triumphant with the cherry blossom finale promising an uncritical pastel future where governments turn a blind eye. AS