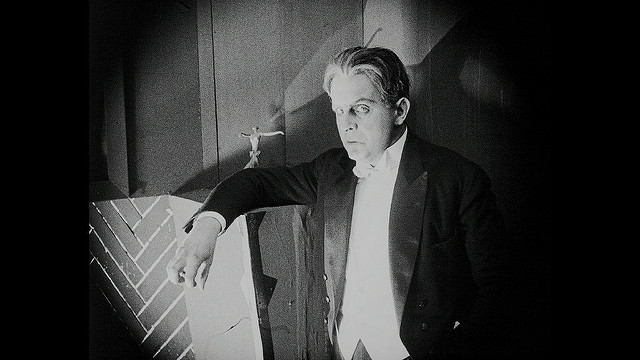 German cinema of the Weimar Republic, the first democratic state on German soil, was innovative as well as contradictory – lasting from 1918 to 1933, its most salient legacy was preparing the country for Hitler and the Nazis. But how could the work of Lang, Murnau, Lubitsch, Pabst, Wilder and Ruttmann, to name but a few, be accused of such an horrendous misdeed? Siegfried Kracauer’s thesis: From Caligari to Hitler (published 1947 while he was in New York), is still the best-known German film-history book and with his debut documentary of the same name, film critic Suchsland traces the correlation between screen action and the psychology of the defeated German masses.

The history of German film in this period cannot be discussed without exploring the role of the UFA (Universum Film AG), founded in 1916 by the German government “to advertise Germany according to government directives”, (meaning propaganda films). Even after the country was brought to its knees in 1918, the UFA never lost its founding goals: in 1927, nearly bankrupt, the company was rescued by Hugenberg, the Prussian reactionary and ally of Hitler in the Reichstag Parliament, who already controlled large parts of the media with his newspapers. This did not mean the UFA output was reduced to pure propaganda, it meant that Hugenberg’s UFA just tolerated the democratic institutions of the Weimar Republic. And he was not alone in this attitude: the Reichswehr (army) and other conservative organisations were still “states within the state” untouchable by parliament and for most of the time  ‘controlled’ by Social Democrats (SPD) who relied on the army to get rid of communists and other leftist organisations. 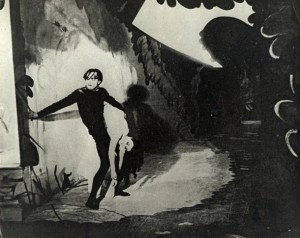 The SPD was as half-hearted in defence of the new republic, as were the huge majority of Germans. Suddenly presented with a democratic choice, most Germans secretly hankered after the old undemocratic set-up of the Kaiser’s Imperial regime because the chaos of a republic seemed even more precarious. The middle classes also feared a loss of status and income under the new system. Most films during the Weimarer Republic identified with this attitude: tyranny seemed preferable to chaos. Or in other words – whilst the German voters never gave Hitler the absolute majority he craved for, they were only too happy to follow him because he liberated them from the dilemma of choice, and gave them that triumphant identity of the “master race”. Many were also subconsciously aware that a dangerous psychopath had taken over the asylum known as Germany.

Suchsland’s watchable and informative doc follows Kracauer’s path, dividing the whole period into three sections: The actual post-war period between 1918 and 1924, the ‘stabilised’ period, lasting from 1924 to 1929, and the final phase – the pre-Hitler period – which ended in the “overpowering” of 1933. Subtitled “the shock of freedom” by Kracauer, the years immediately following the defeat showed a disjointed reality on cinema screens. Apart from pornographic films (which vanished after the re-introduction of film censorship in May 1920), Expressionism and the so-called “Street” films reigned supreme.

The term “Street film” is based on The Street (1923) by Carl Grune. Grune’s film was a serious endeavour that aimed to be even-handed, many productions before and after simply offered up the alternative between life on the street (prostitutes, gambling) and a tyrannical world of the middle class home, with its loveless routine. The male heroes of these films often returned home to roost timidly, as a sign of submission. True love could only be found on the street, even with prostitutes. 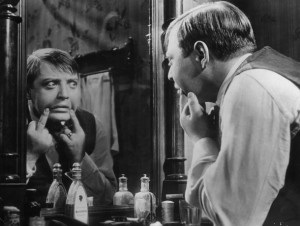 The Cabinet of Dr. Caligari(1920/Robert Wiene) is the most heavily featured film in this documentary and Kracauer’s book. Mayer and Janowitz, the authors of the film – Fritz Lang was supposed to direct – felt that the overriding plot, introduced by Lang, made the film more or less into the opposite of its original story: In Wiene’s film, Caligari is a well meaning psychiatrist who helps his patients, whereas in the original, Caligari is the psychopath who makes use of a somnambulist to murder his enemies.

Other films concentrated on a terrifying array of tyrants: Nosferatu (1922) by Murnau; Vanina (1922) by Arthur von Gerlach; and Lang’s “Mabuse” films, which covered more or less the whole of the Weimarer Republic’s existence. Viewers never had to tussle with social issues: poverty went with the territory and was par for the course. In this way, viewers were supported in their passivity and this led into an infantile regression. With the “Tyrant” films, an alternative to everyday predicaments was laid open: gloom and despondency – but somehow also relief, since responsibility lay with the tyrant, not his subjects. Kracauer was is also critical of Lubitsch for monumental films like Madame Dubarry (1919), which showed not only a need for revolution, but also personal feuds. 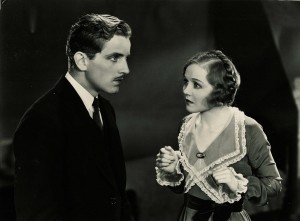 Strangely enough, with the end of inflation and Germany’s spread industrial recovery, film quality went into decline. Many German directors and actors had fled to Hollywood, Lubitsch and his star Pola Negri being an example, and it became the new the benchmark for Hugenberg’s UFA, which tried to ‘Americanise’ the films, to make them more palatable for a US audience. The ‘street films’ were still popular, and some careful social critique was to be found in outings like Die Weber (1927) and Der Biberpelz (1928), both adapted from the plays of Gerhart Hauptmann, a leading German realist of the time. Lang’s Nibelungen was another “monumental” film, whilst his Spione (1928) was a variation on the ‘Mabuse; films, showing a man of many disguises trying to take over the world. In The Student of Prague (1926) Henrik Galen again showed an adolescent, naïve man in love with a prostitute, still a favourite topic. Tragedy of the Street (Dirnentragodie, 1927) by Bruno Rahn and Asphalt (1929), by Joe May, featured the same conflict but in a more artistically mature way. The ‘New Realism’ (Die Neue Sachlichkeit), a sort of pseudo-neutrality concerning social problems, showed in spite of these intentions that everything in life depends on fate, like in G.W. Pabst’ The Treasure, 1924, and Die Freudlose Gasse (Joyless Street,1925). Women emerge as the victims of fate; men usually rush home to their wives or mothers, begging successfully for forgiveness. Class as Fate was the dominant message of all these films. 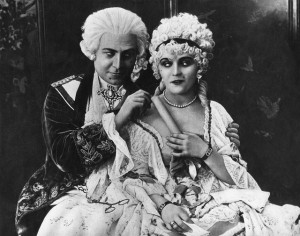 In 1929, after the New York Stockmarket crash, all loans to Germany were suspended, and German industry went into a long depression with unemployment reaching millions. The economic crisis led to the end of the coalition between the SPD and the centrist political parties and governments went the way of undemocratic emergency. In cinemas more and more comedies, livened by music, tried to make life more upbeat (at least for a few hours) for the depressed population. Films like Drei von der Tankstelle (Three from the Filling Station, 1932) by Eugen Thiele, Romanian director Lupu Pick’s Gassenhauer (1931, featuring out of work musicians), and Die Gräfin von Monte Christo (The Countess of Monte Christo), 1932, which starred Brigitte Helm as a film extra who successfully becomes the star of the film after impersonating a rich lady.

Nazi support was growing even in left-wing Berlin. When Fritz Lang asked the manager of the Staaken Studios near Berlin to rent his place for the production of “M – The murderers are among us”, he was refused. Lang shouted “I have no idea why a film about a mass murderer of Dusseldorf should be dangerous”, the manager sighed with relief and Lang went on to rent the studio. The implication is clear: the manager, a Nazi, had feared that his fellow party members were the murderers of the intended. Nevertheless, according to Kracauer M was Lang’s first serious film for over a decade. Together with von Sternberg’s Blauer Engel (1930) and Berlin Alexanderplatz (1931) by Piel Jutzi, these three films marked the end of any serious critique of the right in the Weimarer Republic cinema. And while Pabst’ Westfront 1918 (1930) at least tried a pacifistic view of the First World War, and Kuhle Wampe by Dudow (based on a script by Brecht) showed a communist alternative to fighting unemployment. But the “National Epic” was back: The Last Company (1930) by Kurt Bernhardt, Der Schwarze Husar (Gerhard Lamprecht 1932), Prussia (Carl Froehlich 1931), Gustav Ucicky’s York (1931) and the five ‘Frederikus Rex’ films with Otto Gebühr in the title role, which had started in 1922 and would last well into the Third Reich, dominated the last years of cinema in the Weimar Republic.

It was no accident that the list of films premiering in 1933 included many produced before the end of January 1933: Der deutsche Reichstag zu Nurnberg; Flüchtlinge; Der Choral von Leuthen (another Fredericus Rex Film with Gebühr); SA Mann Brandt; Hitlerjunge Quex; Hans Westmar and Morgenrot all celebrated German soldiers, heroes of the NSDAP, or showed the brutality of the French or English. Finally, the dumbed down masses didn’t have to make any more decisions : Caligari had arrived in the form of the little tyrant from Austria.

Rudy Suchsland’s well-paced, ambitious doc offers up a judicious selection of films, salient commentary and interviews, avoiding a didactic approach but offering plenty of entertaining footage. From Caligari to Hitler is just as fascinating as a documentary as Kracauer’s book is still today. MT