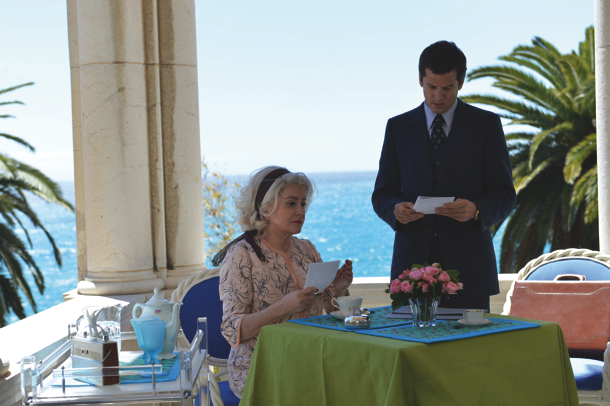 Sometimes the subject matter defeats even the best directors: Andre Téchiné is a veteran of French cinema and his emotional dramas have almost always delivered something special. But this time milieu and protagonists have defeated him: based a real events (every director should see this as a red light), his story of love and death in seventies Cote d’Azur is tacky and superficial.

Catherine Deneuve gives a rather flat performance as Renée Le Roux, fighting a battle with a gangster, Fratoni, who wants to take control of her Casino in Nice. But when her recently divorced daughter Agnès (Haenel) appears on the scene and falls in love with her mother’s close advisor, the attorney Maurice Angelet (Canet), Le Roux quickly appoints another righthand man; whereupon Angelet turns against her, making Agnès vote against her mother in a shareholders meeting.  Shortly afterwards Agnes disappears in mysterious circumstances. What follows is a tale of double-crossing and intrigue that sees the case re-opened at Le Roux’s behest thirty years later, although without conclusion.

The emotional fallout of the rich in this luxurious environment of the Cote d’Azur is hard to stomach, as they ham their way through this character study of unspooling of trust, love and betrayal.. The general lack of subtlety makes for a claustrophobic drama resembling “Dallas” on occasion. Worst of all, Téchiné seems to have no distance from the class he is portraying – one can only imagine what Chabrol would have made of the same scenario. Despite the magnificent settings, this is a banal and trite melodrama, lacking in contrast or any interest for general audiences outside France. AS