This year’s Venice International Film Festival has a distinctly French flavour along with its French Jury President – the well-known composer Alexandre Desplat. Five of the competition films are from France (with one Out of Competiton) as established auteurs (Benoit Jacquot, Xavier Beauvois, Abel Ferrara, Amos Gitaï) rub shoulders with emerging talent in the shape of Alix Delaporte, David Oelhoffen), whose second outings have also been selected. 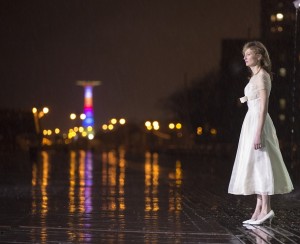 The Orizzonti side-bar offers features from the latest wave of filmmakers Gustave Kervern and Benoît Delépine (Near Death Experience). Over the past ten years the pair have built up some interesting work and invited author Michel Houellebecq to join them this time, as well as the new film by Quentin Dupieux, Réalité, that offers something quite different from the usual French cinema landscape. 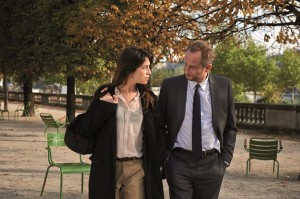 The Giornate degli Autori (Venice Days) strand will screen four world premieres: Metamorphoses by Christophe Honoré, Return to Ithaca by Laurent Cantet, Les Nuits d’été by Mario Fanfani, and The Smell of Us by Larry Clark and Céline Sciamma’s Cannes hit, Girlhood is in the running for the Lux Prize.

The 29th International Film Critics’ Week will show Terre battue, the debut feature by Stéphane Demoustier, starring Valeria Bruni-Tedeschi while Venice Classics invites Lido spectators to rediscover three classics of French cinema: L’Amour Existe by Maurice Pialat, Mouchette by Robert Bresson, and Stolen Kisses by François Truffaut. And if you can’t get to Venice Lido this year, don’t worry: a selection of the competition films will be heading for UK cinemas during the course of this winter. MT