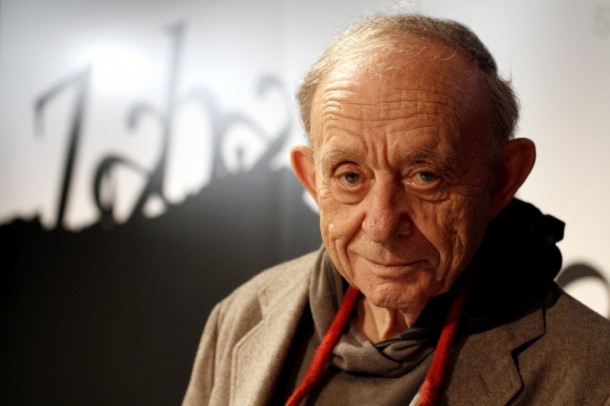 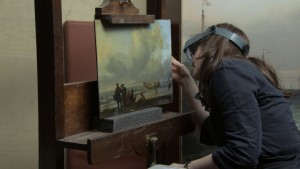 We spoke to director, Frederick Wiseman, during his recent visit to London for the release of NATIONAL GALLERY, a comprehensive study of the gallery’s artwork, restorers and curators.

Filmuforia: You had a rather conventional start in life, law studies and practice, but then you went to Paris. Did Paris change your outlook on life?

FW: Yes, it broadened my outlook on life considerably.

F: Did you at any point believe that documentary films could change the world, or, simply show how things are in an analytical way so that the audience can make up their minds?

FW: I believed in the possibility of change for just one film – my first, TITICUT FOLLIES, about patients in the Bridgewater State Mental Prison for The Criminally Insane in Massachusetts. But after the State of Massachusetts prevented the public screening for 23 Years I lost this naive belief. Once, when I was discussing Social Change with university students, I asked them “Can you name me any work of art which has changed the world?” One young man answered “The Marriage of Figaro by Mozart” and I said: “That exactly proves my point!!”

F: Do you still work as a trio: a cameraman, sound and assistant?

FW: Yes, though recently I had to add a fourth person to do the digital downloading. I have worked for more than 39 years with John Davey as my cameraman and I do the sound direct and edit.

F: Have you shot any films on HD, or have you stayed faithful to 16mm?

FW: My last two films AT BERKELEY and NATIONAL GALLERY have been shot in HD. 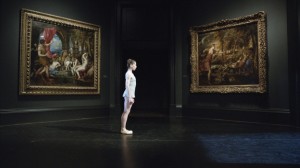 F: Since 1995, you have shot three films about ballet: BALLET, LA DANSE and CRAZY HORSE; well, actually four, if one wants to count BOXING GYM, which also features nimble footwork. Is there a special reason for you turning to this topic?

FW: There are no obvious reasons, I make films about whatever subject interests me when I am ready to make a new film. I am trying to make movies about as many different aspects of human behaviour as possible. However, I do like ballet.

F: Can we talk a little about the value of film festivals in general? Some people say, that they are elitist and serve only themselves.

F: One can say that all of your films are about institutions. Do you see any change in the way they work now compared with the past?

FW: I am hesitant to make any generalisations about the way institutions work.

F: You have stated that your first interest is literature and that reading keeps you from seeing many films. Is this reflected in the structure of your films? 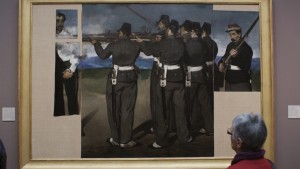 FW: I like to think I have learned something from what I have read. My films, I think are more novelistic in structure than journalistic. The problems involved in editing one of my documentaries are similar to the issues that arise in writing novels. I read more novels than I see movies.

F: But you still seem to have time to see your fellow documentary filmmaker Errol Morris, who happens to live, like you, in Cambridge/Massachusetts.

FW: Errol and I have been friends for a long time.

F: THE LAST LETTER is your only feature film. Somehow it does only feel partly a feature; there seem to be more documentary aspects to it.

FW: No, this is a fiction film. It is taken from the novel “Life and Faith” by Vasily Grossman. One chapter in the novel is a letter a Russian Jewish woman doctor who writes to her son a few days before she knows she will be shot by the Germans. The letter is a recapitulation of her life. The letter is a fiction but is based on the life of Grossman’s mother who was shot by the Germans. I did a play based on the same chapter at the ‘Comedie Francaise’ in 2000 and also directed the play in New York.

F: Talking about the theatre – you have acted in Becket’s “Happy Days”. How was this experience?

FW: I loved it. I am sorry not to have done more acting.

F: You said that you approached all your films with an open mind, but ASPEN, a film about skiing, must have been an exception, since you are a passionate skier, still active.

FW: Yes, I am a skier – but this film is about skiing in ASPEN. Skiing is only a small part of the film.

F: Well, as far as the story goes, you met a person connected with the National Gallery whilst skiing in Switzerland – and this was the beginning of the film with the same title.

FW: It’s true. I always wanted to make a film about a gallery. This chance meeting in Switzerland resulted in the opportunity to make the film.

F: What was the most difficult aspect when shooting NATIONAL GALLERY?

F: Could you tell me about any future projects?

FW: Yes, on Sunday I am going to Paris to work on a radio programme about the poet Emily Dickinson. An exceptional person, she never left her room, but she understood the whole World. A great poet.

The interview was conducted by Andre Simonoviescz on 8 January 2015 and has been checked and approved by Mr Wiseman.