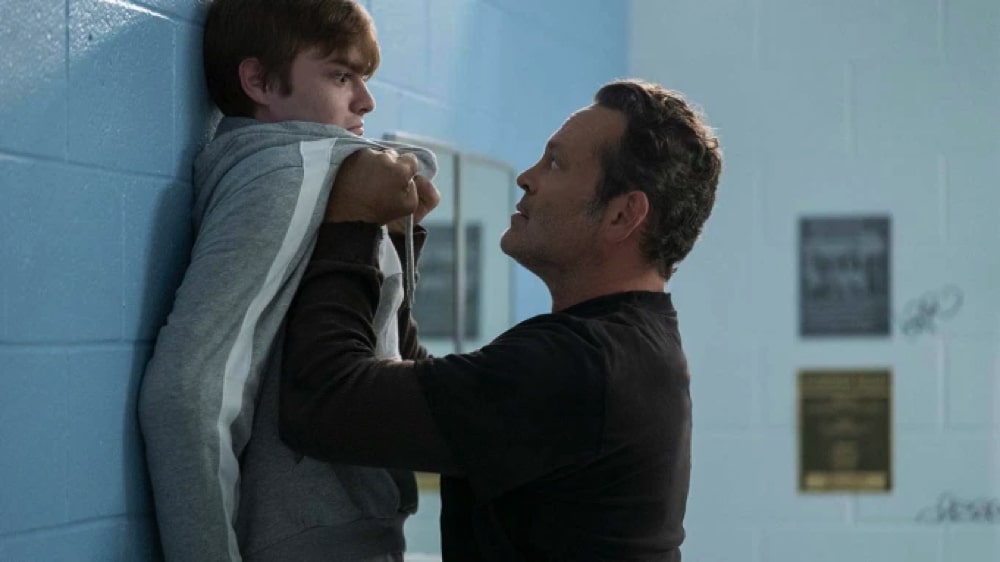 A fun and freaky body-swap film that sees a bullied beauty become the target of a serial killer on the run whose mystical dagger sets in motion an unlikely switcheroo. Worse still the young schoolgirl has only twenty four hours to return to her original form before she is stuck as the hideous “Blissfield butcher” forever.

Vince Vaughn is astonishingly complex in his teenage girl guise carrying this film through a largely predictable storyline with some inspired gore-filled set pieces echoing Freaky Friday in a comedy slasher that’s more weird than scary, but certainly entertaining and confidently put together by Landon who is best known for his 2017 outing Happy Death Day.

Meanwhile Millie (Kathryn Newton) recruits her friends (Misha Osherovich and Celeste O’Connor) to help her get back to normal and garners considerable emotional and physical power as a 6.5 foot man – offering some food for thought with the boot on the other foot. There’s also a flirty frisson going on in the background between Vaughn’s teen transformation and Millie’s high school crush (Uriah Shelton). And you don’t often see that kind of subplot is this kind of movie. MT