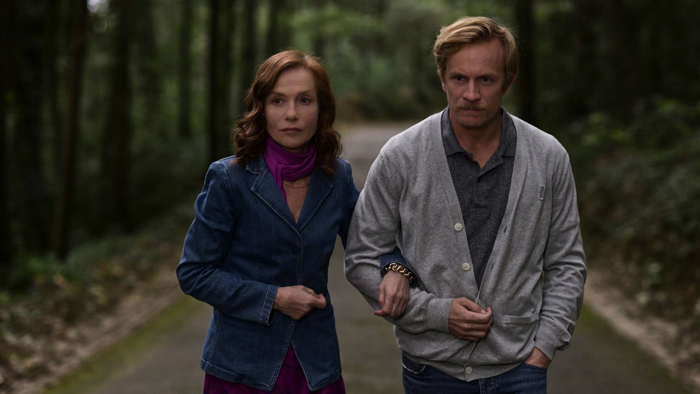 Ira Sachs makes his Cannes Competition debut with this sedate drama set amongst the balmy hillsides and fairytale castles of Sintra which is very much the star of the show. Pleasant and well-paced it has Isabelle Huppert in the title role as a terminally ill actress who gathers her family around her for a final – occasionally fraught – summer break.

This languorous drama explores the intimate interlocking stories between the nine friends and family style. Frankie (Huppert) is a luminous presence throughout the film with her dry sense of humour and effortless allure  remaining serene and very much in control despite the anxiety of her loved ones.

Writing and his regular scripter Mauricio Zacharias Sachs doesn’t look for easy connections between these rather sedate showbiz types, the pencil-slim narrative ticking all the right boxes and gradually finding its way to an unspectacular conclusion.

From the outset, Frankie hums a Schubert tune which pretty much sums up the slumbering tone of the narrative. After a winning scene that sees her diving into an aquamarine swimming pool surrounded by lush gardens, her step granddaughter Maya (Nenua) reminds her there are guests in the hotel who might take photographs: “It’s alright, I’m very photogenic.” she cooly responds. And this sardonic wit flows throughout.

Frankie is stoical about her illness as she puts her affairs in order with the family: husband Jimmy (Gleeson in lowkey affectionate mode) his daughter from an earlier marriage, Sylvia (Robinson), and Ian (Bakare), the husband she is on the verge of leaving. There’s also Frankie’s son Paul  (Renier) and his father Michel (Greggory), who married a man after Frankie left him. Frankie’s best friend New Yorker Ilene (Tomei) joins the party with docile cameraman boyfriend Gary who is eager to propose to her – a nice touch in these non-committal days – she nevertheless damns him with faint praise. Sachs adds another strand involving Tiago (Cotta), a local Portuguese guide hired to show them the sights.

Cinematographer Rui Pocas, who photographed the fabulous arthouse films Zama and The Ornithologist, captures the splendour of the setting At usual, Huppert reigns supreme throughout, even in the fading days of her life she eclipses everyone. MT