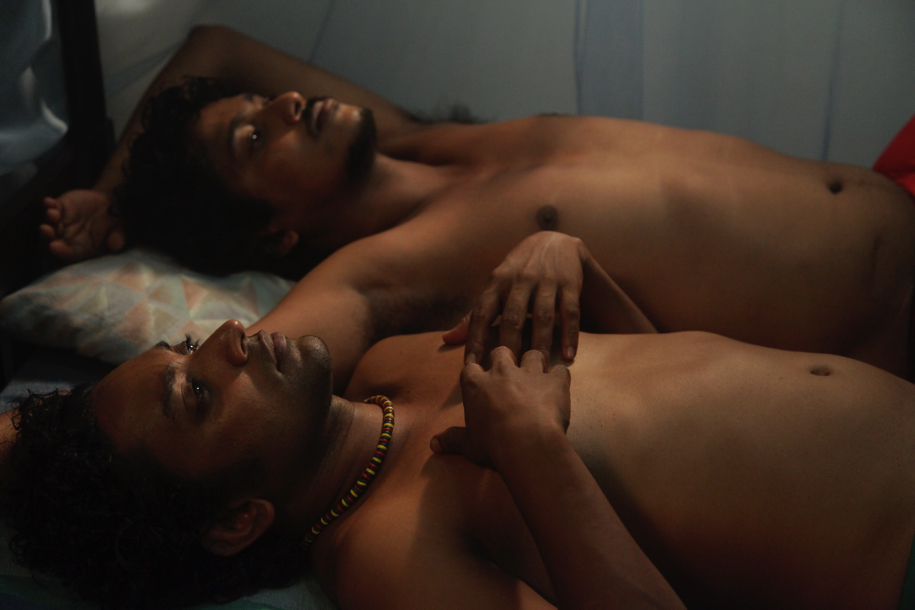 The best thing about this debut drama, the first LGBT film to come out of Sri Lanka, is its simplicity and ravishing cinematography capturing the exuberant lushness of the island’s countryside, its vibrant colours and the exotic beauty of the frangipani blossom that is used to decorate the local temple. A straightforward narrative unfolds against the natural background of a traditional Sri Lankan village community and is told through expressive performances from a sensitive cast and minimal dialogue.

Chamath, a young Sri Lankan man makes a living by embroidering and designing saris. His dream is to escape to the city to look for a better life, but he is being hotly pursued by a wealthy local girl, Sarasi, who he meets while preparing a sari for her wedding. Sarasi fancies Chamath and wants him to rescue her from a traditional arranged marriage. But Chamath finds himself attracted to Nalin, a young welding mechanic who come to work in the Temple, and the two begin a physical relationship. Sarasi is determined to find love on her own terms, and when Chamath spurns her, she turns her affections to Nalin. The undeclared love triangle remains secret but gradually the two men are pressured by the local community into making a decision, despite their strong feelings for one another. Five years later they all meet again to question whether they’ve lost out on the chance to realise their true happiness or ruined their lives forever. A delicate ambient soundtrack of local birdsong accompanies Viksakesa Chandrasekaram’s tender and affecting love story. MT