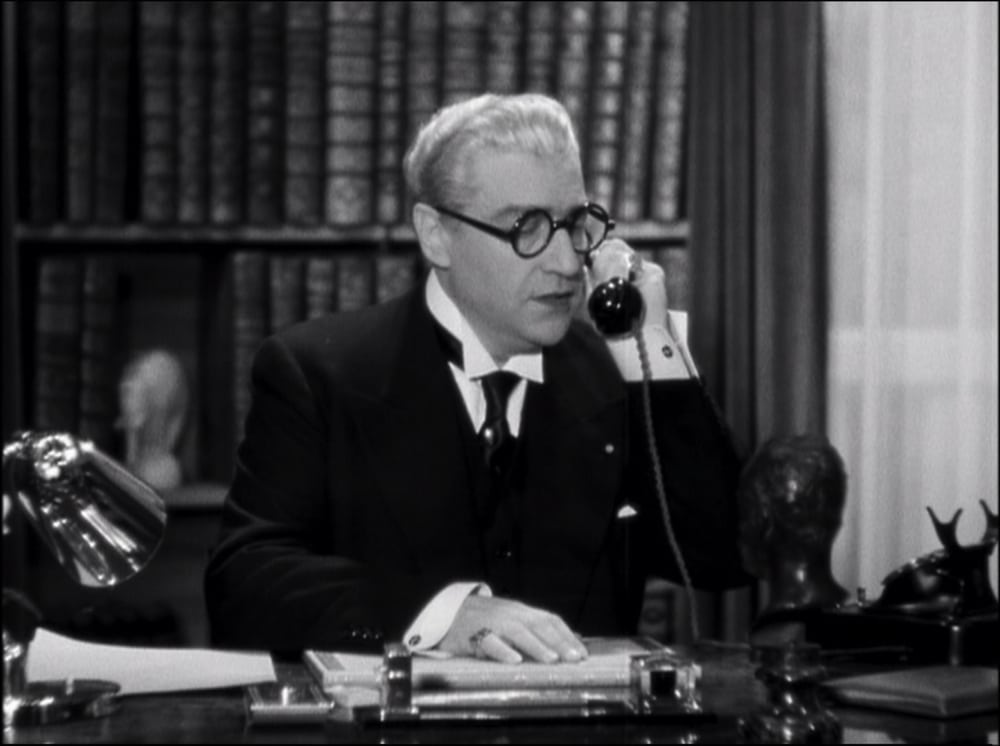 French director/writer Sacha Guitry (1885-1957) was prolific: he wrote 124 plays, directed 36 films, published over 900 strongly opinionated columns, and was also active as a painter and sculptor. Born in St. Petersburg to French parents, his mother soon left Sacha’s womanising father Lucien, after he more or less kidnapped young Sacha (who birth name Alexandre Georges Pierre) to take him on a tour of Imperial Russia.

As a result, Sacha developed a strong father obsession, even going as far as to marry Charlotte Lyses, one of his father’s many mistresses. He was married five times, his wives after Lyses were invariably decades younger. An outspoken misogynist, he once stated: “We cannot count on women to love their children”. During the German occupation of France, he lived a lavish lifestyle, very much in contrast with the rest of the French population. He also director De Jean D’Arc A Philippe Petain in 1943, trying to justify Marshall Petain, who led the Vichy government allied to Germany. After the liberation, he was jailed for collaboration, but later released without trial, his reputation was tarnished for good, but he blamed the media for his downfall. 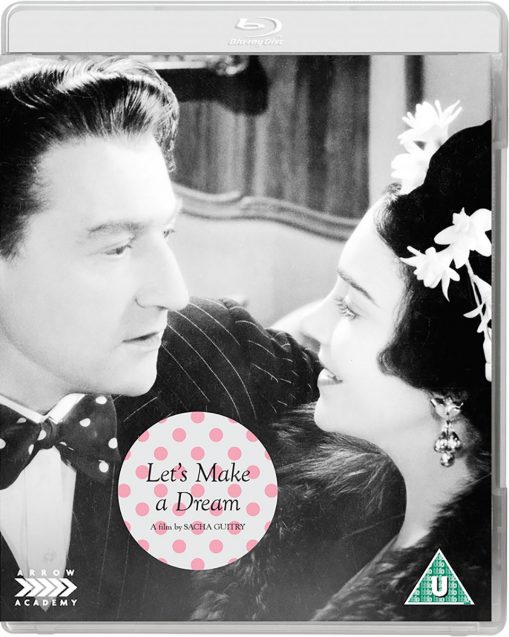 The themes that repeatedly occur in his work are those of death and ageing. He was obsessed with hedonistic pursuits and his films were invariably centred on unfaithful love affairs amongst the rich and landed gentry. The women tended to come of worst in the scheme of things. In Lets Make a Dream, Guitry explores the Anna Karennina syndrome in a ‘grass is always greener’ affair with an unsuspecting female conquest. As The Lover/Seducer, delivering his lines like “bullets” – he goes off the idea of The Wife after he successfully luring her away,(Jaqueline Delubac, his wife from 1935-39 is the star of four films in this collection) and the couple fall asleep without making love. Next morning, The Husband (Raimu) turns up, but not to challenge him to a duel, as The Lover had feared, but to confess his own waywardness. The Lover then goes off the idea of marriage to The Wife. 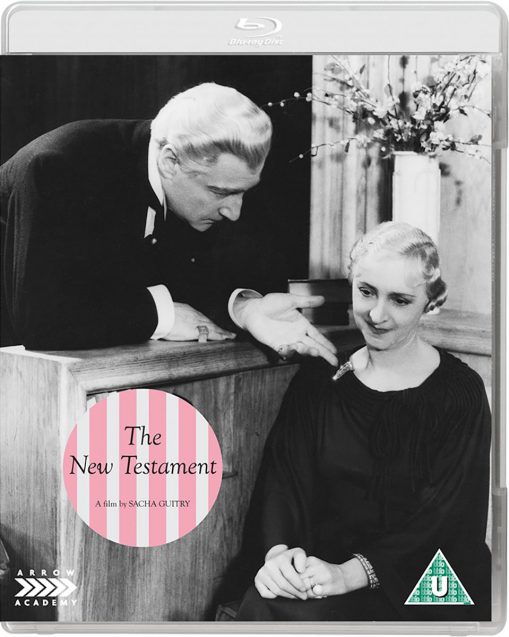 The New Testament/La Noveau Testament (1936) is rather a stiff affair that struggles to escape the stagey feel of its original stage format. Thematically typical of these four features,  it stars Guitry as Doctor Marcellin a sanctimonious character whose is eventually foisted by his own petard over a Will and a complex love triangle involving his wife Lucie (Betty Daussmond) who is  having an affair with the son of the Doctor’s former lover. In the same vain is My Father is Right: Guitry is Charles Bellanger, a man who passes his mistrust of women onto his son Maurice (Bernard) and it comes back to bite him, after his wife Germaine (Daussmond) returns after 20 years. Let’s Go Down the Champs Elysees is actually Guitry’s history lesson and tribute fable to the famous Boulevard from 1617 onwards. Sadly it lacks the wit of Story of a Cheat with the narrative rigour of Pearls of the Crown, but provides some entertainment. There is a great double role for Guitry as the schoolmaster, lecturing his Secondory School class and as Louis XV, who is very much afraid of dying. Finally, Robert Pizani excels in the roles of the composers Richard Wagner and Jaques Offenbach. Of all features, Lets Go Down the Champs Elysees is by far the most filmic, which is hardly surprising, since Guitry was foremost a playwright and theatre director.

Outside France, Guitry’s work has not always travelled well. That said, his plays are still popular throughout France and regularly find a stage airing. AS