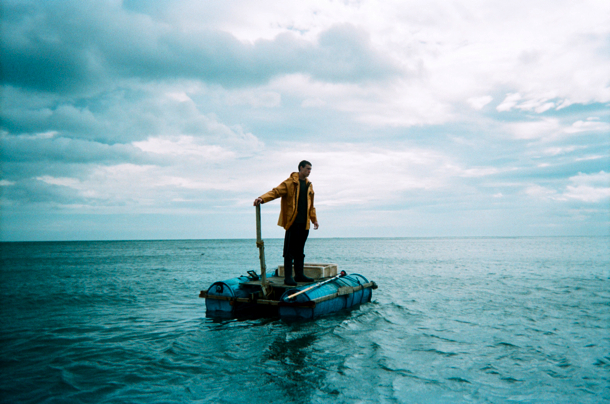 This low budget britflic has a brilliant central performance from George MacKay who plays Aaron, a bereaved brother and the lone survivor of a fishing trip in Scotland. Part ghost-story, part psychological thriller, its atmospheric visuals and pervading sense of sadness and loss mark it out as a stunning feature debut for writer director Paul Wright. 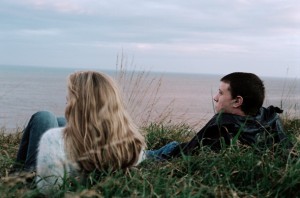 Aaron is caught in a fog of amnesia surrounding the fishing expedition which has blighted the small Scottish community of which he is part.  Haunted by guilt and caught with the notion that he may have somehow been responsible, he heads out to sea, searching aimlessly in a makeshift raft in the hope of jolting his memory or communing with his fellow crew and brother who may have survived the cruel waves against the odds.

Moral is low in the village and Aaron feels keenly that his life  has angered some of the locals who have lost their loved ones while he remains a tragic reminder of their loss.  Cathy (Kate Dickie) has lost her partner in the accident and provides an emotional shelter for Aaron, although their friendship is viewed with suspicion by the others, further exacerbating his pain. 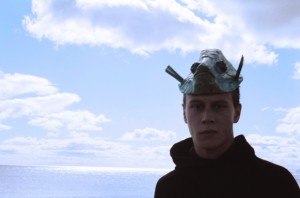 Paul Wright’s drama is shot through with Scottish folklore and the traditional culture of seafaring. His Super-8 camerawork has a grainy indie feel to it, saturated in a palette of marine blue and washed-out turquoise and teal.

Watching Mackay’s anguish and bitter despair, it’s impossible not to be affected by the strength of this heart-rending performance.  And while he appears to be a lost and lonely presence, the sheer force of his acting carries the narrative forward  offering an immersive and haunting experience that remains in the memory. MT