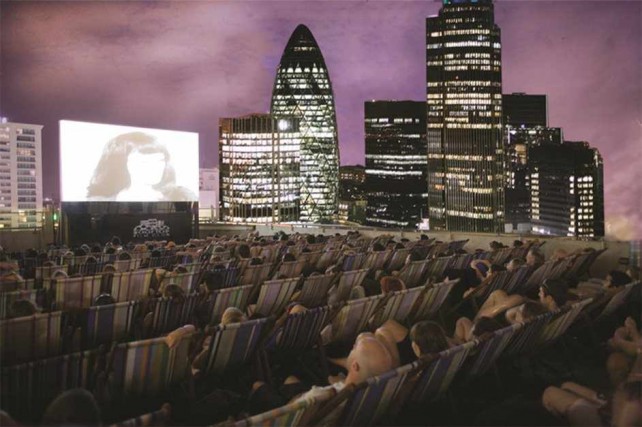 Peckham Rye this summer’s series which kicked off with Dirty Dancing on 6th May 2015. The 5,000 square ft terrace with views all over London is the perfect venue to enjoy your starry experience, accompanied by Mexican street food and a fully licensed bar. The programme includes Reservoir Dogs, Trainspotting and The Graduate. Tickets cost £13

Park up at Pavilion Car Park, Alexandra Palace and enjoy great films from the comfort of your own car. Food is provided by skating staff while modern classics such as The Theory of Everything, Pulp Fiction and Birdman unspool before you. 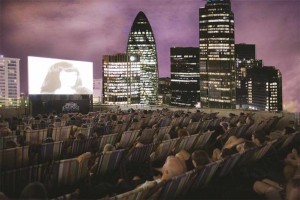 The summer screening series is back after a successful run last year. Reasonably priced at £14 to include headphones, comfy chairs, blankets, drinks and food with cult classics such as Withnail and I and Ferris Bueller’s Day Off.

With the trend for Opera migrating to the London’s silver screens, the Royal Opera House is offering a free summer’s entertainment as the BP Big Screen series which opened with La Boheme on 15 June 2015. Don Giovanni follows on 3rd July and ballet lovers will get a chance to see Romeo and Juliet on 22 September 2015.

See flowers and films at the Royal Botanical Gardens this summer with a range of films to suite all tastes. Wes Anderson’s The Grand Budapest Hotel,  Casablanca and Back to the Future. Relax under the stars with a picnic and be transported away to somewhere exotic or otherworldly.

The first ever venue to combine hot tubs and cinema for the public, this is possibly the silliest summer event imaginable. The event has grown since 2012 and now includes 30 hot tubs, two big screens and bespoke surround sound for a your total viewing pleasure. Find out more at Hottub Cinema this summer.

OUTDOOR CINEMA EVENTS FROM MAY UNTIL SEPTEMBER 2015