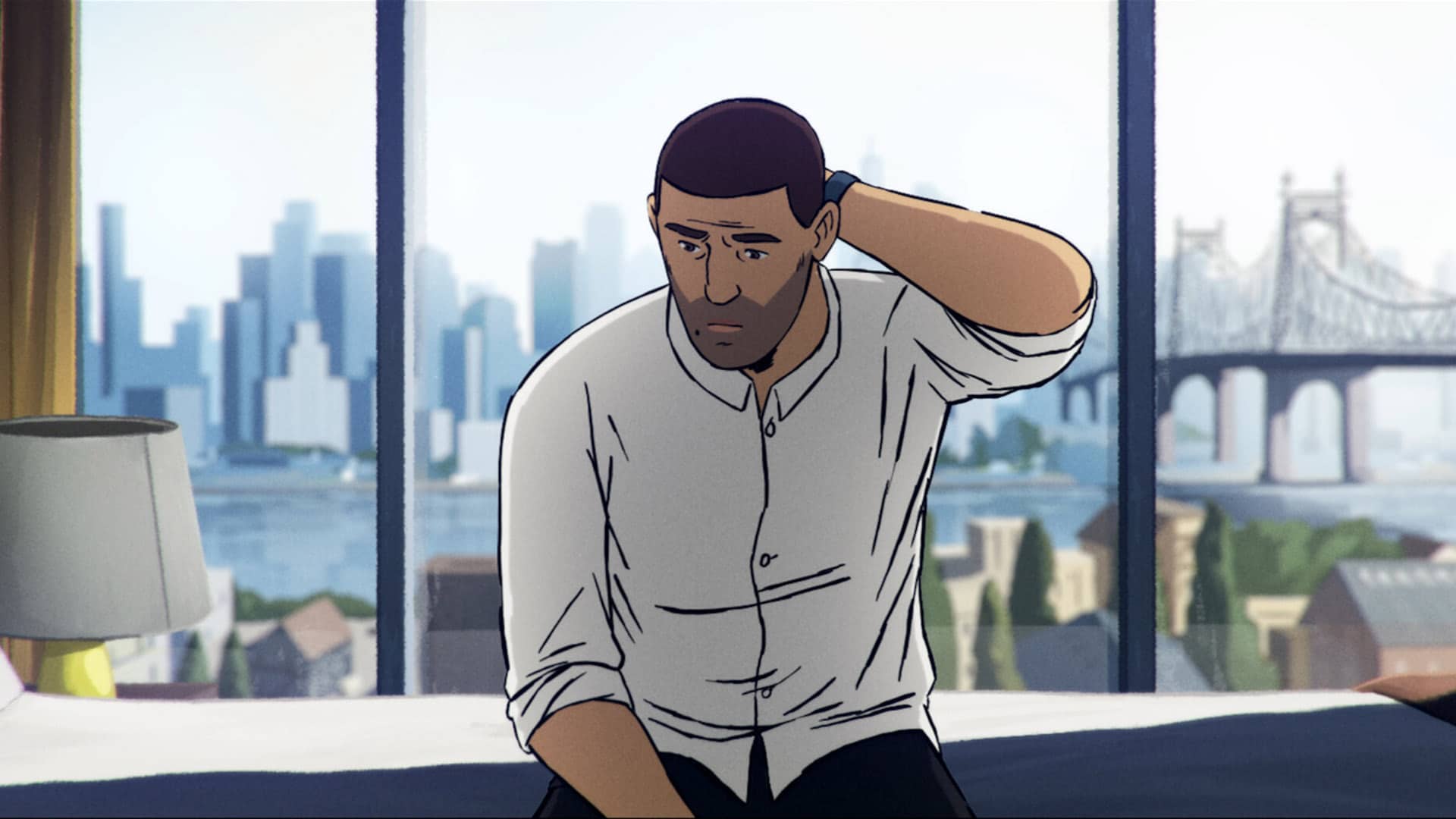 Based on real events, this noirish gay awakening story blends new beginnings and past trauma in an involving and surprisingly poetic way, the delicately drawn animations notching down the rawness of a harrowing escape for the central character whose real identity is kept confidential.

Director Jonas Poher Rasmussen calls his friend Amin but only discovered the true horror of his backstory years after they met. Amin is a refugee from Afghanistan who escaped Kabul during the the 1980s and is now safely settled in Denmark in a relationship he never dreamed possible.

Rasmussen recounts his friend’s adventures through a series of animated events and interviews in a way that draws us into his world as we experience the horrors from Amin’s own perspective. The conflict that caused his family to leave their home and suffer at the hands of the authorities on their way to Europe is not news to any of us but it is brought to life here in an alarming way that brings a sobering perspective to the refugee crisis that’s still unfolding every today. Being gay was a further hurdle that Amin had to overcome in this bracingly tense adventure. MT