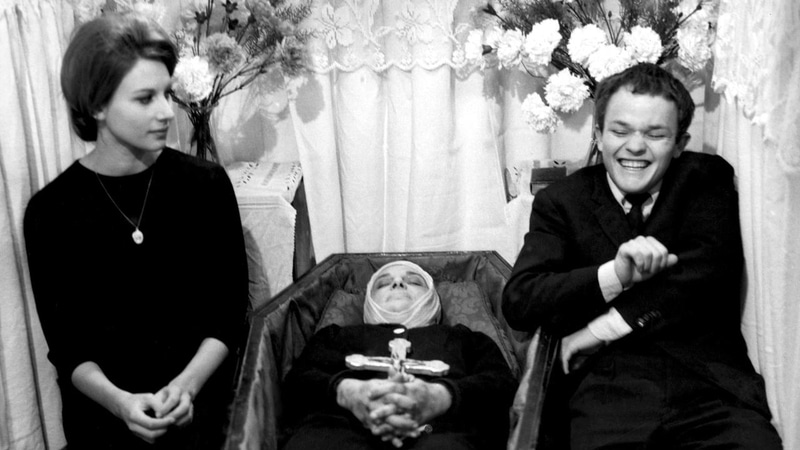 The title had led me to anticipate gritty realist drama; but the Italian cinema had by 1965 largely lost interest in those at the bottom of life’s heap, and this film – which seems intended to be an extremely black comedy – is instead set amidst a household still struggling precariously to maintain it’s grip on its former secure status.

Fifty years ago all this must have seemed bracingly anarchic; but sophisticated audiences at that time still laughed indulgently at the scene in which hulking Gaston Modot hilariously strikes a bourgeois woman in ‘L’Age d’Or’ for accidentally spilling a drink down him (Bunuel himself wasn’t particularly impressed with ‘Fists in the Pocket’); and what could then be acclaimed as non-conformity increasingly looks to modern politically correct sensibilities like bullying born of boredom (especially since the anti-hero Alessandro seems still to subsist at a social strata at which he’s spared the far more onerous burden of having to work for a living).

As played by the slightly built, baby-faced Lou Castel, Allessandro lacks the physically intimidating presence of, say, David Warner as ‘Morgan!’ that would make him seem more like a bully. But he still reserves some of his most brutal treatment for those least able to defend themselves, like a blind woman and a mentally handicapped epileptic. @RichardChatten