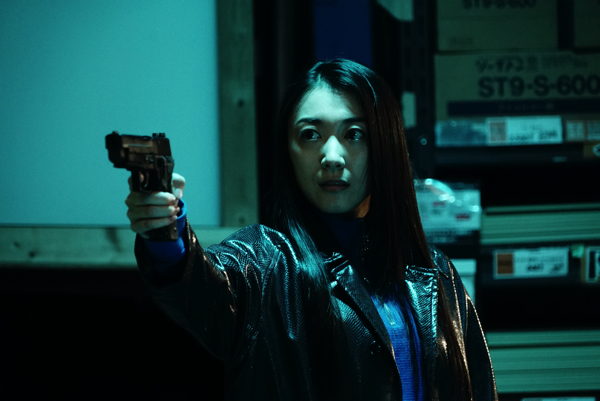 Japanese director Takashi Miike, who will be sixty this year, has made over a hundred films in a career spanning 28 years. Many have gone straight to video, but there are standout treasures like Ichi the Killer and 13 Assassinst offering Miike cult status amongst an avid fanbase who love his fast and furious style. His latest, First Love was shown at last year’s Director’s Fortnight in Cannes. Written by Masaru Nakamura, it explores the changing world of the Yakuza who are under threat from Chinese triads.

Leo (Kubota) a young boxer who has just lost an easy fight, discovers he has an aggressive brain tumour. His parents had dumped him in a box as a baby giving him rather a negative outlook on life, so he seems resigned to his fate. Wandering on the streets, he meets a woman who cries for help: Juri has been abused by her father for as long as she can remember, and now she is making up for his debts, being used as a sex worker for the Yazuka. She is also an hallucinating drug addict, often seeing a half-naked man in a bed sheet following her.

Leo beats up her attacker without knowing that it is Otomo (Omori), a corrupt cop. Otomo is in league with Kase (Sometani) who is stealing drugs from his Yakuza gang. The baby-faced killer has just killed Yasu (Miura) who came close to finding out what Kaso was planning. With Otomo and Kase scheming, Yasu’s girl friend Julie (Rabane) is on her way to revenge Yasu with her huge sword. Leo and Yuri (her work name is Monica) try to get away from it all, but the Chinese triad  Chiachi (Fujioka) appears on the scene. During the showdown in a warehouse Leo gets a phone call from his doctor, arms and heads flying around during a rising body count.

This is strictly for committed fans. That said, you have to admire the choreographed action sequences, particularly the car chases. And when all fails, Miike makes use of state of the art pop-art style animation to show a car turning into a plane. The acting is convincing, and the innocent leads Kubota and newcomer Konishi win our sympathies among the professional baddies. Somehow Miiki manages not to take himself too seriously. Slick production values make for a brilliant rollercoaster ride, but like sushi, an instantly forgettable one, and the next Takashi Miiki feature is just around the corner. AS