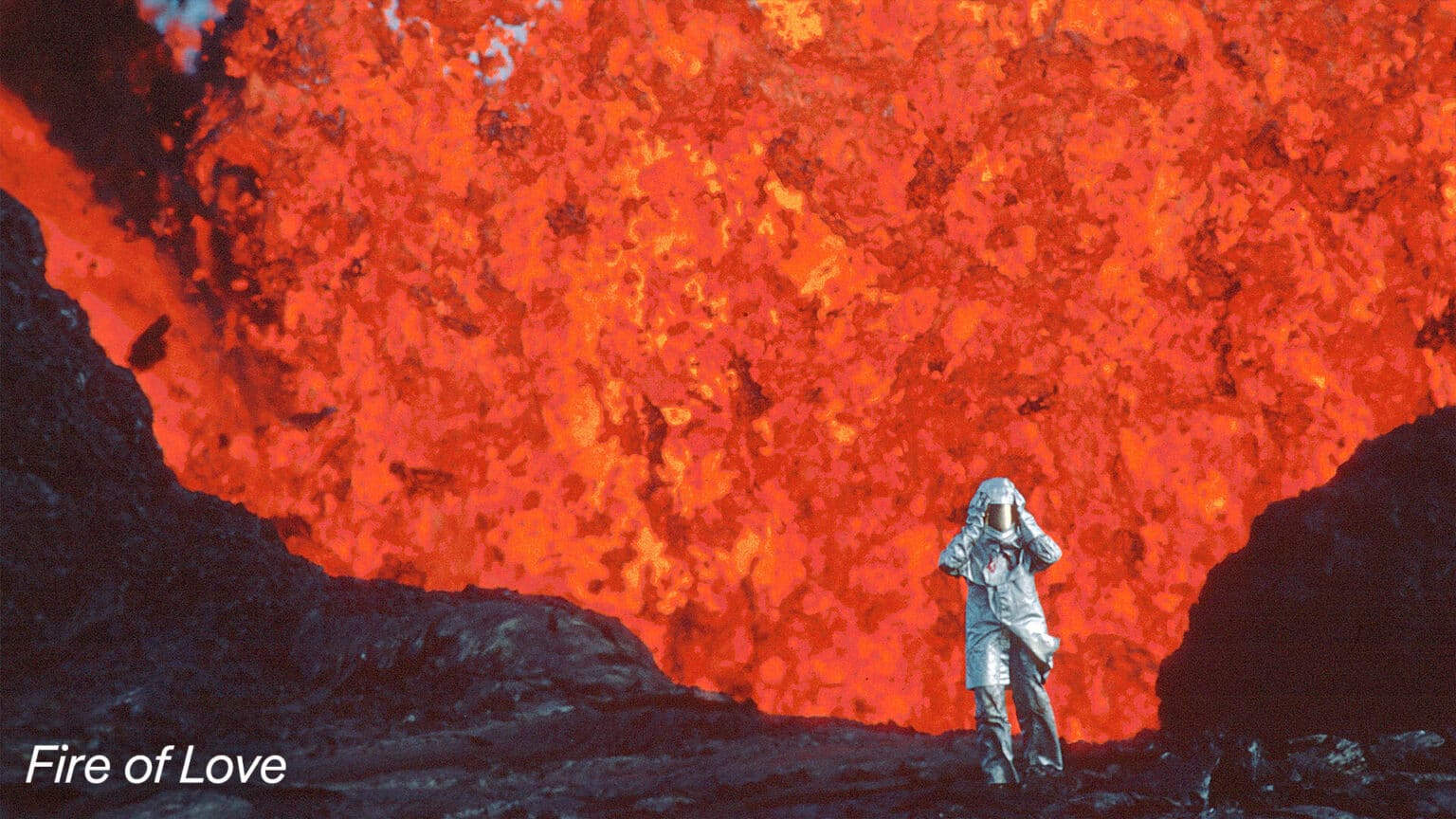 Sara Dosa (The Seer and the Unseen) bases her film on on a script by Shane Boris, Erin Caspar and Jocelyne Chaput that tells how the couple had met in Strasbourg and decided to devote their life to the beauty – and danger – of volcanos. Maurice maintained that rather than having “a long, monotonous life he would rather have a short, exciting one, dicing with danger in getting his legs burnt in boiling mud and risking life and limb to cross a lake in a rubber dingy containing sulphuric acid, making Katia, a chemist, incensed. Meanwhile she was famous for wearing metal helmets and walking along the edge of active volcano craters, captured in stunning camerawork by Pablo Alvarez-Mesa along with stunning images of the volcano Krakatoa, situated between the islands of Java and Sumatra.

Dosa and her writers flesh out the personal side of the couples’ obsession – just like Werner Herzog in A Fire within: A Requiem for Katia and Maurice Krafft – yet their immense scientific oeuvre of over twenty publications is not even mentioned once which is a shame since the Kraffts warned the filipino president Cory Aquino about the 1991 eruption of Mount Pinatubo, allowing for the area to be evacuated. One of the Kraffts’ final publications before their death was “Understanding Volcanic Hazards and reducing volcanic risks”. In their own words, they “may have lived kamikaze existence”, but they contributed enormously to an arcane science. And like veritable pioneers they also paid the price. AS