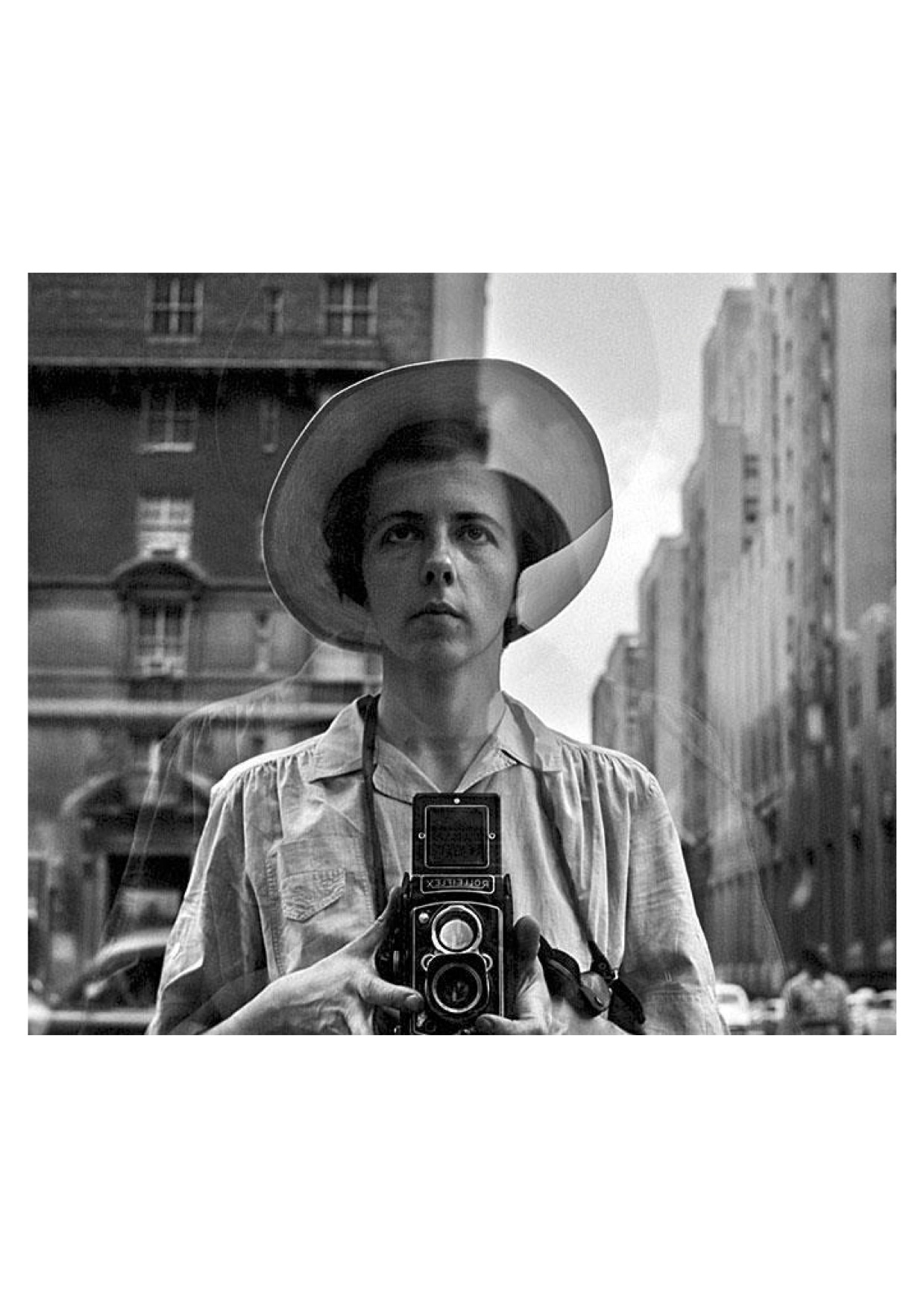 It’s not often than one finds a genius by accident, furthermore a genius who did not want to be discovered and who hid her art from everybody: but this is exactly what happened to the Chicago neighbourhood historian John Maloof, when researching photos to illustrate a history about his local district in 2007 and obtaining a box of photos from a nanny called Vivian Maier.

Ms Maier died in 2009, aged 83, just when Maloof began to collect all her work (over 100 000 negatives, 27 000 roles of film, audio tapes and 8mm and 16 mmm films) which consists of mainly street photography from the rougher parts of the “windy city”. Her photos are now shown all over the world; the work of a genius who hid from the world. Having discovered Maier’s work, Maloof began to research Vivian Maier’s life: this film is the result of his detective work.

Vivian Mayer was born in 1926 in New York, but her French mother and Austrian father (the latter disappeared soon), moved to a village in the French Alps, where Vivian was educated, before moving back to Manhattan in her mid-twenties. There she worked in a sweat-shop, before moving to Chicago in her early thirties where she was employed for the rest of her working life as a nanny. Maloof has found over a hundred of her ex-charges and their memories are mostly positive (some paid her rent in old age), but a few talked about temper, one about force-feeding. But most remember being dragged by Vivian into the slums of the city where most of her photos were taken, though the more bourgeois quarters, were she lived, are also represented. Maier was an artist first and foremost: when one of the children she was looking after was hurt in a car accident, Vivian took photos of the injured child whilst the mother, rushing on to the scene of the accident, was relieved that it was not the family dog who was injured!

Vivian, who features in many of her photos taken with a Rolleiflex twin lens camera (which she always carried with her), was a tall, imposing woman. But in contrast, to her physical appearance, psychologically, she was very fragile. She was extremely shy, sometimes not even wanting to give her real name, calling herself often V.Smith. Some of her former charges remembered that she was very hostile towards men in general, and speculated that she might have been abused as a child.

Looking at he photos, it is clear that Vivian identified with the underdog in society, finding a split-second were photographer and subject become emotionally engaged. The same can be said about Maloof and his subject: this documentary is a labour of love, one obsessive collector researching another. The interviews are very informal and lively, and Maloof obviously shares his love of Chicago with Maier. Kafka asked for his writings to be destroyed, and we can thank his friend Max Brod for disobeying him – Maier never wanted the acclaim she is getting now posthumously, and we have to thank John Maloof for discovering another genius. History repeats itself sometimes in very strange ways – but then, Vivian Maier was in a way a stranger on this planet. AS