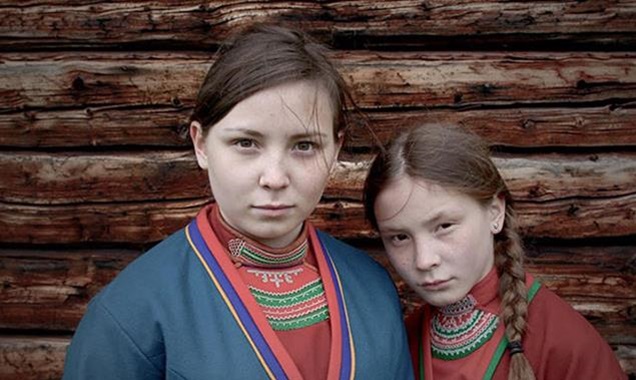 Films from the Magnetic North | Berlinale 2017

Cinema Born of the Icy Cold is the feature of the Berlinale NATIVe 2017 strand that highlights ten features from Indigenous Films from the Arctic Circle, and nine shorts.

The Sámi are Europe’s only Indigenous people and 2016’s Kuun metsän Kaisa (Kaisa’s Enchanted Forest), by Finnish Skolt Sámi director Katja Gauriloff, explores the story of Gauriloff’s charismatic great-grandmother Kaisa. This personal and poetic documentary film effortlessly weaves original film and sound recordings from the 1930s to the 1970s together with animated sequences and folk tales of the Skolt Sámi. It stands as a testament to the eventful history of the Skolt Sámi and their struggle to preserve their unique culture in the wake of resettlements brought about by shifting borders throughout the course of the 20th century.

The narrative of surviving communities under pressure to assimilate social change also influences other Indigenous people of the area around the Arctic Circle home: these include the Inuit of Canada; the Greenlanders; the communities in Russia’s Kola Peninsula as well as the Yakuts and Chukchi of the Russian Federation’s Eastern Siberian region.

Sustainability, climate change, delocalisation and questions of Indigenous rights and self-empowerment are further themes addressed in this year’s featured films. “Climate change in the Arctic and the economic machinations of the industrialised nations of the West represent serious impositions in the everyday lives of the Indigenous communities which still inhabit the region.

For the first time, NATIVe will also be represented in the special series Berlinale Goes Kiez with an additional screening of the documentary film Angry Inuk, which provides insight into the Inuit perspective on the heated international debate surrounding seal hunting.

Despite the sacrifices it entails, Sergei passionately devotes his life to traditional horse breeding, toughing out the winter in the taiga like a lone cowboy hero. Spectacular cinematography conveys the biting cold feeling of nomadic life in Sakha. (International Prem).

A vivid depiction of the quiet anger of a people whose very subsistence is being threatened from many angles. An outcry to reassess the preconceptions around commercial seal-hunting, while illustrating the role of global sealskin trade for Inuit.

The young horse herder Johogoi feels summoned by the equine deity to attend the celebrated summer festival of Sakha. His excitement radiates through his smile as he participates in the rituals, believing he will find the woman who appears in his dreams. (International premiere)

At birth, Syarda was promised as a bride to Num, the highest god of the Nenets. Now an elderly lady, still bound to this fate, she tells the story of her wistful, yet self-determined life to a blind young girl who alleviates her loneliness.

Jovial and as energetic as a teenager, the wise Vukvukai guides his nomadic Chukchi community. These tough reindeer herders survive in their snowy wonderland despite the harsh threats posed by the weather and Russian politics.

The tranquil life of a nomadic family in Nunavut is torn apart by a marauding gang of hunters looking for wives. Kuanana, the head of the family, goes out for revenge. A poetic Inuit Western. European premiere

With Lene Cecilia Sparrok, Mia Erika Sparrok, Maj Doris Rimpi, Julius Fleischanderl
Another chance to see the story of a teenage girl from a traditional Sámi family who yearns to be accepted by the Swedish society of the 1930s, a society full of prejudice and discrimination against her people. A shrewd commentary on institutionalised abuse and its consequences.

With Vitalina Hudi, Hatjako Yzangi, Gregory Anaguritsi, Nadezhda Volodeeva
A rich contemplation of the Nenets in a seven-part chronicle, each guided by a meaningful song. Once a free people, the Soviet rule arrives to infringe upon their culture, affecting their identity irreversibly. An emotional political statement.

For the Greenlanders of the 1970s, the surge of the progressive rock band SUME was mind-blowing: lyrics in their own language, inspiring them to act against the repression of their people. This is the compelling testimony to their revolution.