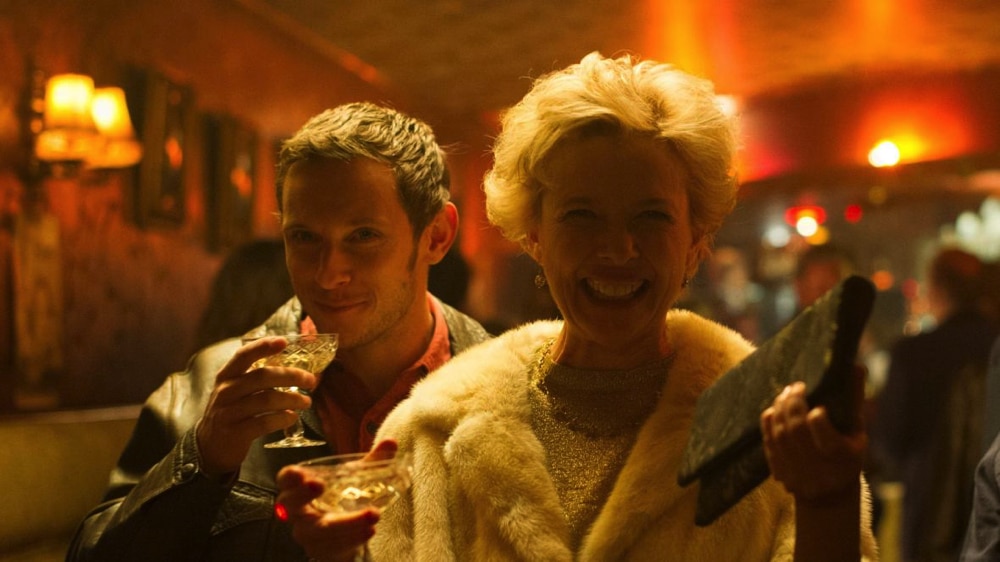 Years later I discovered that during the late sixties, Veronica Lake and I had both been living in Ipswich at the same time; and at the Sheffield Crucible in 1979 I actually saw Gloria Grahame in the same production of ‘The Glass Menagerie’ we see her preparing for in the opening scene (I also later watched my own mother succumb to cancer.) Gloria had looked just as she had in her Hollywood prime, and I was astonished when only a couple of years later she joined the ages.

Annette Bening is too distinctive-looking in her own right, doesn’t have Ms Grahame’s slinky eyes, pouting lips, or even attempt her distinctive gurgling voice; but brings her own authentic movie star quality to the part – along with the appropriate vulnerability; it also seamlessly synchronises archive footage of the real Grahame into the narrative, based on the book by Peter Turner.

It’s strange to see a time I was actually living through now part of history, a fact underlined when a publican informs the young hero that his pint is 90p. @Richard Chatten