Each year Marseille’s International Film Festival is packed solid with the latest documentaries, a large number of them world premieres. Now recognised on the international festival scene as a breeding ground for budding directors and emerging movie forms, the FID Marseille has been including fictional films as well as documentaries in their official selection for the past few years. This fictional fare creates a kind of dialogue with the documentaries. The International Competition takes place in the city’s many outdoor venues and well-designed state of the art cinemas and this year includes the following World premieres: 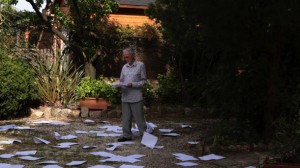