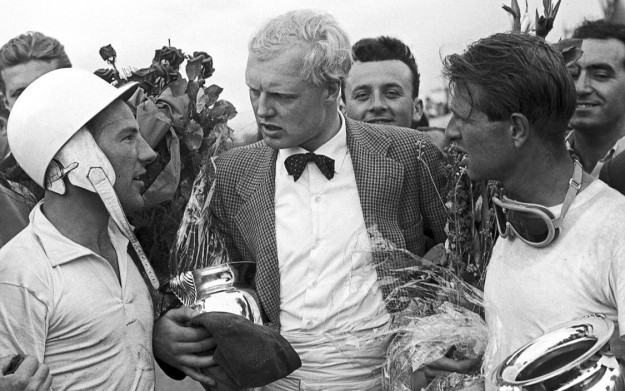 Don’t be put off by the title of this stylish and highly entertaining film about the daredevil racing drivers of the 1950s. Anyone who appreciates a trip down memory lane – packed with original footage – will find this a great watch. Based on Chris Nixon’s ‘Mon Ami Mate’, a biography of British Ferrari drivers Mike Hawthorn and Peter Collins, whose derring-do and reckless ambition was aided and abetted by Enzo Ferrari and his iconic racing cars, who told his champions: “Win or die, you will be immortal”.

These were courageous men who weren’t afraid to lose their lives doing what they enjoyed best. And most of them did. But they weren’t the only ones to lose their lives. Many spectators also perished when cars left the track and careened into the crowd – such as during the 1955 Le Mans race – killing 83 people in an horrific fireball. Between 1950 and 1960, 39 drivers in motor-racing were killed behind the wheels of tin cars that made a mockery of today’s ‘health and safety’. But Enzo’s love was for his brand and his precious vehicles, and if anyone was killed he laconically asked the question: “And how is the car”

Watching Ferrari, you can’t help falling for the charm and suave charisma of these brave and likeable gentlemen heroes. And the camaraderie between them all feels genuine and heartfelt. Some were playboys but others fell in love on the circuit, such as Mike and Peter went to marry their sweethearts. Director Daryl Goodrich packs e extraordinary tension into a story packed with nostalgia for the good old days of sporting heroes who really deserved their celebrity reputations and were prepared to die for the sport of princes. MT