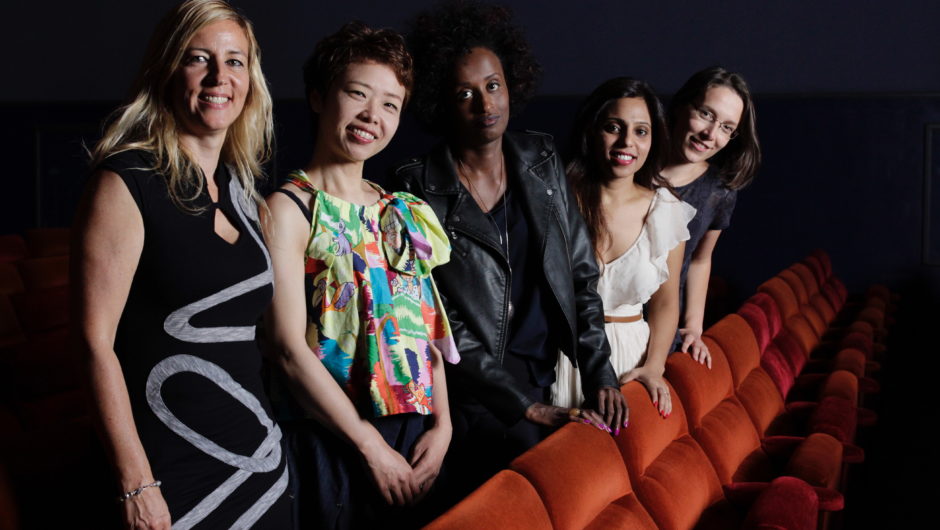 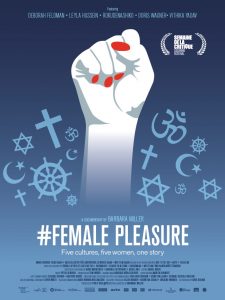 Writer/director Barbara Miller (Forbidden Voices), has travelled the world to connect with five different women with one thing in common: the struggle against religious/state sponsored male superiority. Some are even joined by sympathetic menfolk slowly turning the wheel of history. Miller’s straightforward, non-judgemental approach allows the women full reign to share their opinions.

Deborah Feldman, a Hasidic Jew from New York, courageously left her arranged marriage with her little son, splitting from an extended family who are now lost forever. She wants to raise her son to respect women.“The Torah”, she says, “is the word of men”. In Orthodox circles there is a feeling that women are necessary but, at the same time, are the enemy. On a walkabout Jerusalem she passes huge street signs that say:“Please do not pass through this neighbourhood in in-modest clothes: closed blouse with long sleeves, no skirts, no trousers, no tight fitting clothes”. She is emphatic “that orthodox women in arranged marriages do not have the same constitutional protection as other women”. Finding a life outside her old community with a new partner, she goes on fighting the cause.

Meanwhile in India, Vithika Yadav runs a self-help website that supports girls in overcoming the prejudices of Hindu teaching, which has veered very much from Ghandi’s approach to an aggressive male ideology, often held responsible for the many rape cases in this country. Vithika is the first woman in her family to reject an arranged marriage. According to her, Hindu teaching claims “women are the root of all sins”, Indian society is geared toward male desire and satisfaction.Yadav’s website is a great start, but she takes things even further by organising street theatre and demonstrations, trying to rope men into the fight. On the subject of rape, she is very clear: “You all see it, but you don’t do anything”. ‘LOVE matters’, is one of their slogans, and slowly more and more young men are joining Yadav’s movement.

Japanese manga artist and “Vagina defender” Rokudenashiko from Tokyo has a spirited approach to the issue, but the pretty drawing of the female sex organ on her website has already leading to her arrest by ten(!) police officers on the grounds of obscenity. Before her trial she calls a press conference telling the audience “the female body is seen as a sex toy for men. Hard core porn films are legally produced and sold, yet my art is seen as obscene”. She claims Japanese men are very brutal in bed yet pretend to be unaware of the pain they inflict. Even comics portraying images of young girls being raped are allowed to be published in Japan. There is a yearly parade of ‘Penis Worship’ and the artist and her friends make fun of this, sucking sugary phallus-sized sweets. During filming, Rokudenashiko is convicted for spreading obscene art and even sailing a canoe in the shape of a vagina on a nearby lake. She and her lawyers are determined to have the verdict overturned. “As women, we are defined by jealousy”. Buddhist teaching says, ‘that due to the sinfulness of our bodies, women have to suffer eternal torment and the Blood Bowl Hell’”. Her protests have actually found her a sympathetic boyfriend in the shape of Mike, a rock singer who does not smoke or drink and has even composed a song to support her cause. Her parting shot is typical “Long live the vagina!”

Leyla Hussein is a highly articulate and likeable Somali woman living in London where her cause is the global issue of FGM – 200 million women and girls are the victims. “Men have authority over women according to the Quran which says ‘those wives from whom you fear disobedience, beat them’. Often very young woman are forced into arranged marriages when they are still teenagers. “Let’s call arranged marriage by its proper name: Legalized paedophilia.” In London she runs a centre and a website to fight FMG where she describes exactly what FMG does to the female body – some of the younger men can hardly watch. But she is happiest back in Kenya, where Masaai support her cause: “Masaai women have no fun with sex, and that’s frustrating for men too. We have to spread the word!”

In Germany, Doris Wagner joined a Catholic order at a young age. She was systematically raped by her superior but when she reported him to the Mother Superior, the woman shouted at her; then forgave her. She feels that the Catholic Church frames women as  seductresses: “I ask myself: was the Church really founded to do good, or was it all along just intended to support the structure run by men?’ Doris now lives with her partner and son. She is writing her PHD theses “feeling like born again”.

In this substantial and engaging documentary Miller allows her contributors to voice their concerns freely in a way that is both informative and empowering for those affected by the issues. Often amusing, it occasionally takes sides but, crucially, it also raises awareness of women’s plight with a lightness of touch, showing the way forward for men to join the movement for a more liberal and pleasurable society, that can only benefit them in the long run. She feels that women should not feel imprisoned by their gender, and the sooner men learn this, the better it is for us all. Change is possible, but, as Miller point out, it is a long way off in some societies.