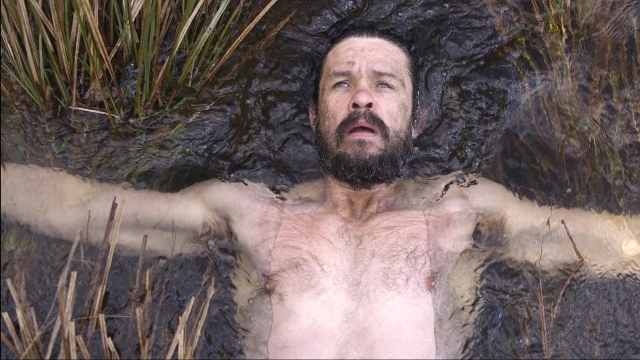 Kasimir Burgess’ striking debut is a tale of loss and self-realisation set in the lush forests of Australia’s Victoria, making this force of nature a healing catalyst that redeems a camper suffering traumatic loss. With the same unsettling undertones as Australian thriller Snowtown, it also has its star, Daniel Henshall, as a trucker, who kills the camper’s daughter in a tragic hit-and-run accident.

Burgess started out directing music videos and this comes across in his mesmerising visuals and a judicious use of silence, accentuating the stillness of this magnificent part of the World. In fact, this vast repertoire of sumptuous images occasionally takes over in telling the dreamlike story, evoking the power of feeling and desperate grief imbuing this heady and intoxicating first feature that will, no doubt, delight arthouse audiences and lovers of the thriller genre.

Matt Nable, who recently starred in The Turning, is strong and silent here as Thomas Ryan, who is holidaying in the Victorian Alps with his little daughter Lara (Isabella Garwoli). The two share a close and loving connection when tragedy strikes out of nowhere as Lara wanders into the path of a passing lorry. After an un-consoling vignette with his wife (Jacqueline McKenzie), Thomas returns to the forest, this time to search his soul as it plummets into the depths of grief.

Meanwhile, glib trucker Luke (Daniel Henshall) serves time in prison for manslaughter, and then returns to his former job and his own little girl, born during his incarceration. Life for Thomas has changed too in the intervening years. Abandoning his city life and his name (he’s now called Chris), he is working in the timber industry and is seen taking out his suppressed grief on felling a tree. In a quirk of fate, he finds himself in the same team as Luke and bides his time silently while the trucker unwittingly shares his innermost thoughts.

As slow-burn arthouse thrillers go FELL is amongst the most beguiling with its languid moody pacing and pared down dialogue. But its dreamlike impressionism is tightly underpinned by Natasha Pinctus’ tense script and Luke Altmann’s atmospheric neo-classical score. MT