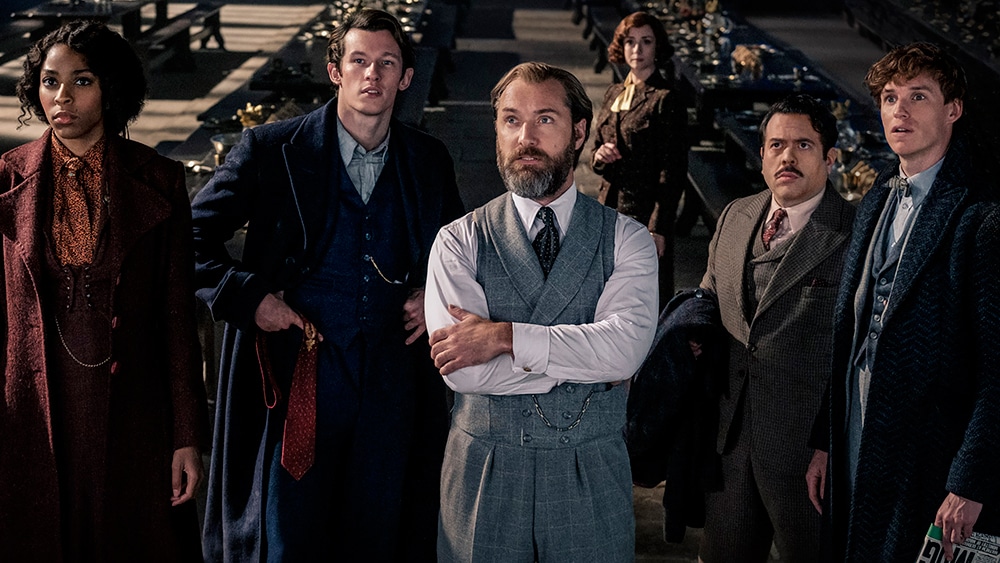 Fantastic Beasts: The Secrets of Dumbledore (2022)

British director David Yates has directed four of the original “Harry Potter” series, and the completes a Fantastic Beasts trilogy to be followed by two more instalments of the Harry Potter prequel.

The Secrets of Dumbledore is much less of a disaster than its predecessor The Crimes of Grindelwald, a weak and unstructured script (by JK Rowling and Steve Kloves) leads to fragmentation disengaging audience for long stretched in a self-indulgent running time of 142 minutes.

Covid and the Johnny Depp scandal led to postponements, and are responsible for a ludicrous budget of close to 200 M $. Mads Mikkelsen (Gindlewold) has replaced Depp, and whilst not the pantomime villain his predecessor was, is far too insipid for a megalomaniac wanting to rule the universe – the magic one as well as the muggle-world – where It soon emerges he shared intimate moments with Dumbledore (Law) when they were young. Both swore an oath never to hurt each other – but we will see how that turns out.

In 1930s New York, Berlin and Bhutan, Secrets deals with the rise of fascism and Grindelwald is the Hitler model. From the get go his face is on ‘Wanted’ posters, but suddenly he is a candidate for “Supreme Head of the International Confederation of Wizards”, something Dumbledore is going to block at all costs.

Magi-zoologist Newt Scamander (Redmayne), who was present at the birth of two oilins (Bambi-like unicorns) has to watch helplessly when Grindelwald’s forces, led by the frightful Credence (Miller), catch one of them, without knowing, that there is also a twin. Dumbledore’s team, including Newt’s brother Theseus (Turner), muggle Jacob Kowalski (Fogler), professor Lally Hicks (Wiliams), Newt’s main assistant Bunty Broadcare (V. Yates) are on the lookout for the Chillin, a dragon-like creature able to see into the future and determine a person’s purity of heart. Grindelwald is always a step ahead, harnessing the little dragon’s power but this only offers a patchy view of the future. The elections arrive, high on the Bhutan mountains, but not before Dumbledore’s second secret is revealed in a the rather underpowered finale. There is no inner logic here : just a continuation of fragmented highlights, leading nowhere. In the end the writers run out of ideas but the visuals are spectacular. AS

IN CINEMAS NATIONWIDE FROM FRIDAY 8 APRIL