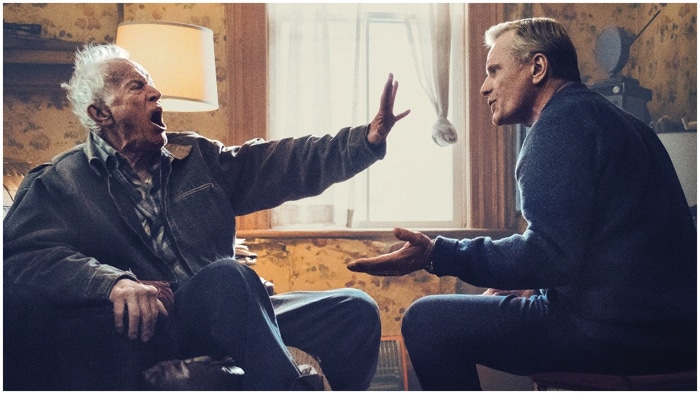 In his first foray into filmmaking Viggo Mortensen writes and also stars in this insightful, semi-autobiographical story of family dysfunction. It sees an irascible old farmer (a feisty Lance Henrikson) gradually losing his grip to dementia as his bewildered gay son grapples for largely unwanted control of the family.

The subject of dementia is so increasingly widespread nowadays it almost needs a genre of its own. And as such this could have been more humorous in the style of Bruce Dern’s Nebraska, or even poetic and whimsical like Miroslav Mandic’s recent arthouse gem Sanremo, but that’s not the point. Falling is a well-made if sombre family drama exploring the fallout of this dread disease, and a decent debut for this seasoned actor. MT