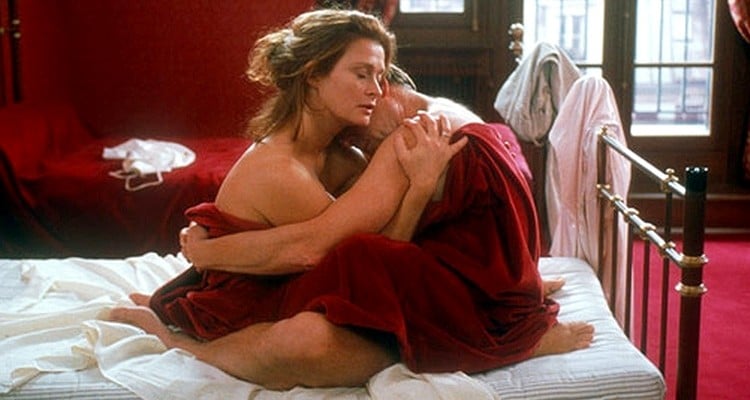 This modern Strindberg variation on female guilt and male violence is Liv Ullmann’s second go at directing a script by Ingmar Bergman that sets out to illustrates why male-female relationships are often doomed. Lena Endre is the star turn here with Ullmann’s sticking faithfully to the page despite an over-indulgent running-time .

Actress Marianne (Endre) lives the idyllic life of the enlightened bourgeoisie with her composer husband Markus (Hanzon) and their precocious daughter, Isabelle (Gylemo). Skint theatre director David (Henriksson) often shares their mealtimes and, before long, Marianne’s bed. What starts as a ‘brother-sister’ relationship, culminates in  a passionate encounter during a weekend in Paris, where they barely leave the hotel. Marianne’s confessions about her marital sex life enrage David who becomes insanely jealous and violence follows.

But alarm bells fail to ring and Marianne becomes fascinated by the self-confessed loser, regularly spending time in his pokey flat, despite her strong relationship with Markus who soon discovers the couple’s hideaway and ends the marriage, claiming parental rights for Isabelle. David and Marianne move in together, but there is no happy ending to their affair.

This episodic narrative all takes place in Bergman’s seaside house on the island of Faro, where he plays the part of Erland Josephson patiently listening to Marianne’s melancholic version of events. DoP Jörgen Persson shoots the Stockholm scenes in intimate close-up with a palette of browns and yellows. Only in the Faro sections are we confronted with the bruising blue aesthetic of the enfolding melodrama. Bergman fleshes out the characters in his traditional style which may seem over-elaborate for today’s audience.

FAITHLESS is an honest approach to the dilemma of the female-male dynamic, only slightly dated by a psychological vocabulary. But it makes the point: that most relationships suffer from the inherent  emotional and physical violence present in men, particularly artists, who often hide their tendencies behind self-pity and and bogus helplessness. Will Smith’s Oscar outburst was a case in point. AS