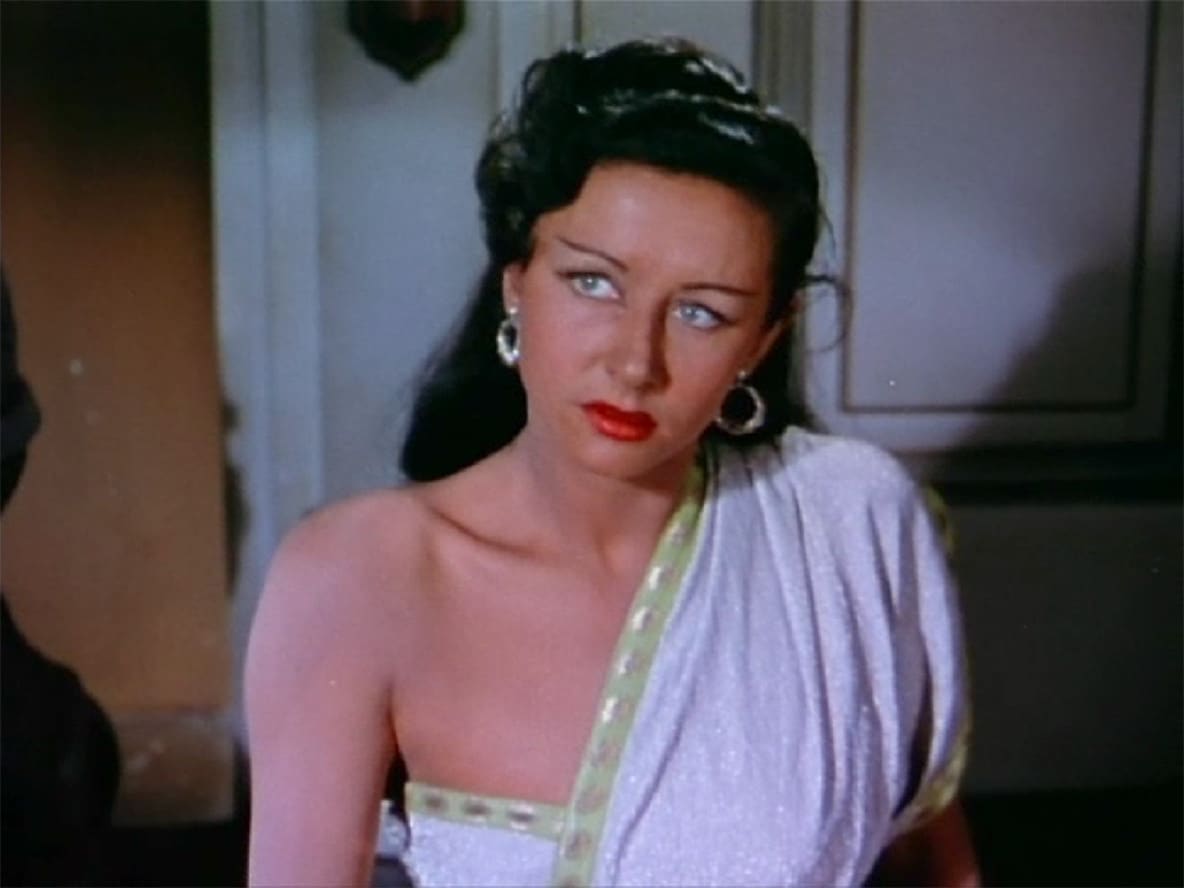 Barnstorming South Seas hokum in chewy Trucolor of the type Republic Pictures was churning out by the yard at this time, full of plot elements that had earlier done service in their westerns & serials, such as diamonds being sought by a plummy-voiced villain in a carnival mask, endless fisticuffs, and of course Vera Hruba Ralston, wife of Republic’s president, Herbert J. Yates.

On this occasion she pays Kim Kim, a dusky Eurasian exotic dancer with extraordinary eyebrows, and her mere presence causes a stir with the menfolk who all vy for her attention aboard McMurray’s rigger the ‘Gerrymander’. He is later flogged to reveal the location of the diamonds. This was well after his suave double-crossing insurance exec role as Walter Neff in Double Indemnity.

The phoniness of the studio scenes on board the deck of the ‘Gerrymander’ is complimented by the usual overacting by Republic stalwarts Victor McLaglen and Paul Fix, in marked contrast to superb model work by the Lydecker brothers depicting the ‘Gerrymander’ battling pirates at sea and climaxing in the 1883 eruption of the volcano Krakatau and the resulting tidal wave. @Richard Chatten