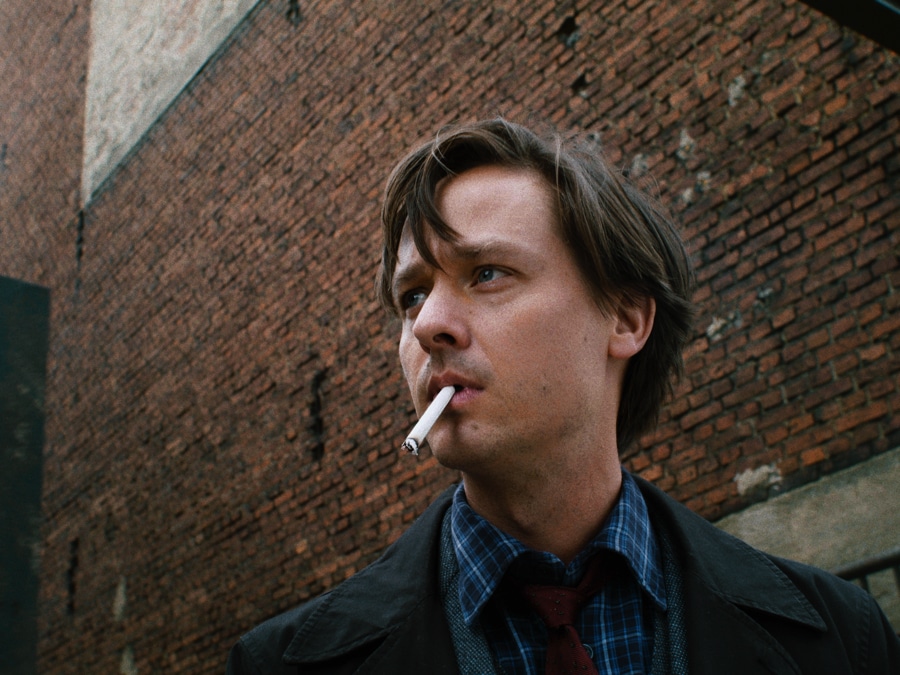 Fabian: Going to the Dogs is the second big screen adaptation of Erich Kästner’s 1931 novel Fabian: Die Geschichte eines Moralisten, and much more successful than Wolf Gremm’s rather facile 1980 attempt.

Directed and co-written by German veteran director Domink Graf (The Invincibles) it does justice to the novel and its author. Erich Kästner (1899-1974) best known for his children books, which often found their way into screen versions, like Das Doppelte Lottchen, filmed as The Parent Trap in 1961. Fabian was his only mature adult novel. His poems and lyrical texts are rather whimsical in their romanticism echoing the of his contemporary Kurt Tucholsky, who emigrated to Sweden where he committed suicide in 1935

But Kästner stayed in Nazi Germany, even though he was present when his books (with many others) were burned as ‘Entartete Kunst’ by the Nazis. The author visited exiled colleagues, but “wanted to remain in Germany as a chronicler”. Unable to write anything but children books, he was not even allowed to join the ‘Reichsschriftstumkammer’, the global Nazi organisation for writers, but nevertheless managed to write (uncredited) the scripts for Munchhausen (1943) and the adaption of his own novel ‘Der kleine Grenzverkehr’ as Salzburg Comedy, also in 1943, under the pseudonym of Berthold Burger.

Kästner was an individualist not given to joining groups in the post-war Federal Republic, he nevertheless remained true to his pacifism demonstrating on the ‘Easter Marches’ against re-militarisation and nuclear weapons, and later against the Vietnam War. Fabian‘s two leading male characters correspond quite closely to the author’s personality .

Fabian is set in and around Berlin in the final years of the Weimar Republic, where Dr. Jacob Fabian (Schilling), in his twenties, works in an advertising agency, enjoying a nightlife of sexual escapades. He meets Irene Moll (Becker) whose husband pays other men to sleep with his wife – if he approves of them beforehand. Fabian will meet Irene on two more occasions: on the first, she gives him work as her assistant in a brothel offering female sex workers for heterosexual men. Later on in a train to Dresden, she offers to take him to Budapest for another sexually charged enterprise. Fabian’s close coterie of male friends includes Dr. Stephan Labude (Schuch) an emotionally unstable intellectual champagne socialist who is writing his post-doctoral thesis on Lessing. Fabian, on the other hand, avoids politics, devoting his time to his lyrical writings. All this changes when he meets meets the young Cornelia Battenberg (Rosendahl), an aspiring actress.

The two fall in love, and their magical nighttime foray in Berlin is one of the film’s highlights, before the two return to the cheap pension where they both live. But money will be their downfall, and after visiting Labude at his posh family estate, Fabian finds himself dismissed from the agency on the grounds of his lack of focus. Enter Cornelia’s more illustrious suitor, the film producer Markart (Stadelmann). At a lunch with Fabian’s mother, Cornelia leaves her lover and sits at Markart’s table. This is the beginning of the end for their relationship, and both struggle to maintain contact.

But worse is to come for the romantically inclined pals who are both subsumed by their political and amorous ideals. Labude falls foul of a prank at the university where the Nazi Germany had considerable support: far from being the party of the underdog the Nazis were a major contingent of the intellectual establishment.

Meanwhile Fabian returns to his parents in Dresden where he continues his life supported by regular phone calls with Cornelia, who visits their favourite cafe every afternoon to wait for him. Having ignored countless public posters of “Learn to Swim”, Fabian ignores them, and goes to the rescue of a boy who jumped from a railway bridge into a river. The boy survives and uncovers Fabian’s bag, full of writings and personal memorabilia.

The is a visually alluring drama despite some tricksy multi-screen images which feel out of place in the period setting. DoP Hanno Lentz and PD Klaus-Jürgen Pfeiffer recreate the era with avantgarde flair. Schilling and Rosendahl have chemistry and make for a believable couple caught in the midst of a ‘coup de foudre’.

But it’s Graf’s direction that really wins the day, creating a German epos full of contradictions, but with universal appeal. Yes, the running length is questionable, the overbearing sex scenes are filmed with the male gaze, women are either total victims or scheming traitors (like Cornelia), – but overall Graf comes close to Bernhard Wicki’s 1989 masterpiece of  Spider’s Web, set in the same period in Germany, and based on the novel by Joseph Roth who, like Kästner, was an immigrant with addiction issues. Graf pulls off the “double-suicide” of two romantic idealists unable to face a world that did not reflect their longings. AS