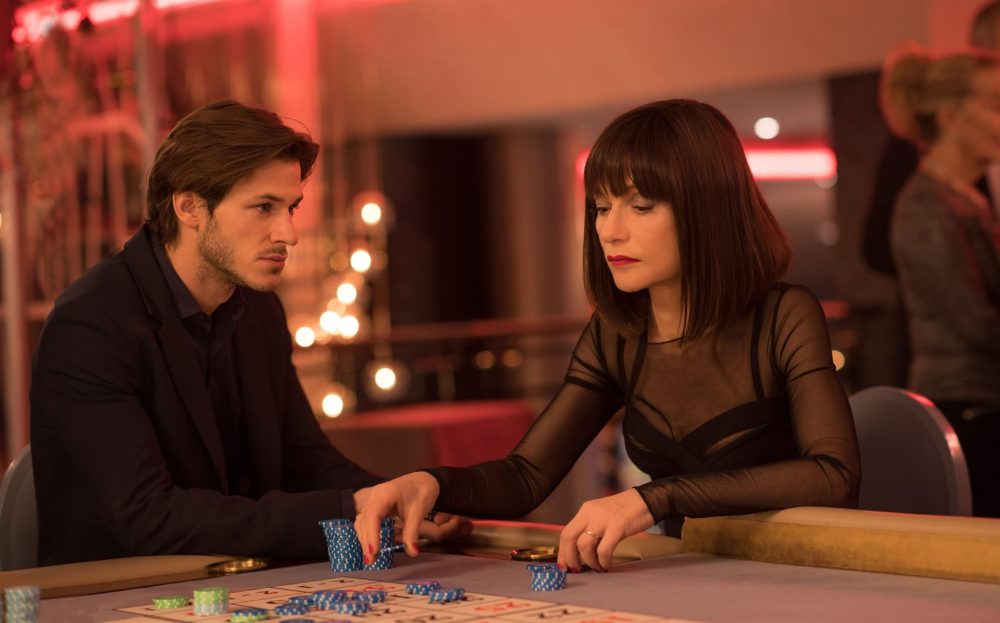 Benoit Jacquot (‘A Single Girl’) and Isabelle Huppert (‘Elle’) are together in this enjoyable but unconvincing adaptation of James Hadley Chase’s sixties bestseller Eva.

Annecy is the snow-capped setting for this often unsettling menage a trois that would have us believe that a good-looking young gigolo (Gaspard Ulliel) leaves his luscious blond babe (Julia Roy) and falls in thrall to an ageing geisha girl (Isabelle Huppert) whose stick is ‘treat ‘em mean to keep ‘em keen.

But what starts an alluring affair rapidly loses its way. That said It’s typically French, flirty and fun. Jacquot and scripter Gilles Taurand’s version opens as wannabe something Bertrand (Ulliel), is tending to the needs of a dying writer – whether as carer or call boy is never made clear here. As the old man chokes, Bertrand makes off with his manuscript of a play entitled Passwords, hoping to make it to the bright lights which he does with his wealthy girlfriend in tow. But the second play poses a problem and his producer (Richard Berry) is becoming impatient.

Despite its light-hearted overtones there’s a menacing Hitchockian undertow that keeps the noirish tension tight and ticking over as the action unfurls with its rather unsavoury characters that definitely have a retro twang of the Sixties. Isabelle Huppert does her stuff with perky aplomb but we never really buy into the dicy dynamic between her and Ulliel which eventually leads to his undoing. quickly becomes an obsession that will ruin his life in a drama, that while entertaining to a certain extent is ultimately rather empty.