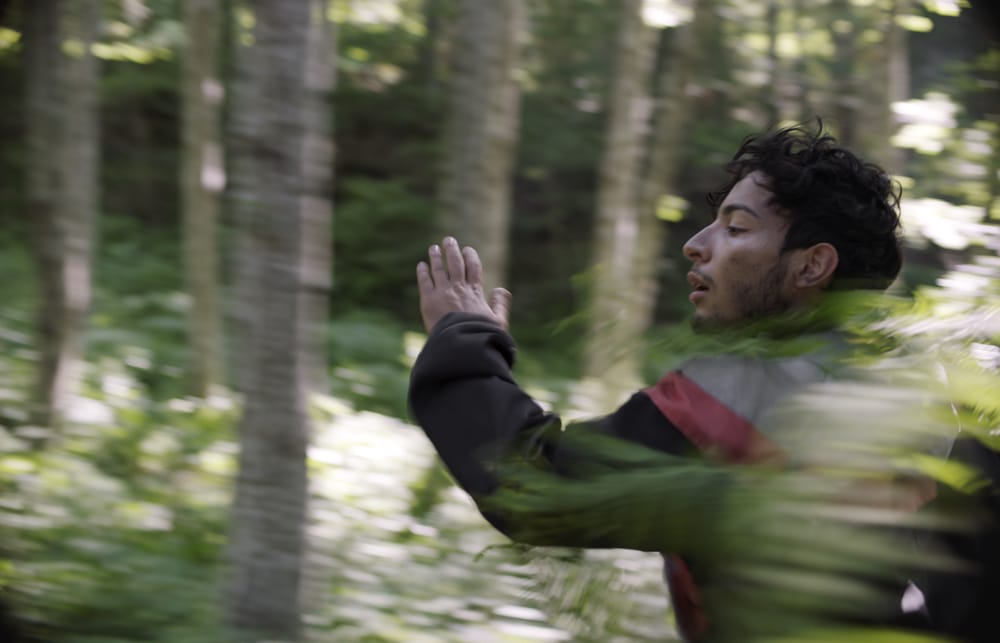 This gritty migration movie clearly takes its cue from the 1964 black and white Czechoslovak classic Diamonds of the Night that followed two Jewish teenagers escaping from a train taking them to Dachau concentration camp.

Haider Rashid’s debut may slimmer of script and less engaging but the sombre subject remains the same. A breathless Zac handheld camera follows a young Iraqi Muslim who reaches the coast of Bulgaria on a boat, trafficked from North Africa. Hoping for a better life, rather than escaping certain death like the teens in Jan Nemec’s Czech New Wave debut that ends in tragedy, Europa is more enigmatic.

DoP Jacopo Caramella keeps his camera right up close to Kamal (Ali) as he rushes on through the bosky undergrowth. Occasionally the focus broadens to the near distance where his pursuers are hot on his trail. Europa is about the pain, fear and the gruelling tiredness suffered by this modern refugee who may be young and fit but is also injured and exhausted by his dangerous odyssey, and ill-equipped to endure the perilous journey that lies ahead when night falls.

Writing with Sonia Giannetto, Haider keeps the tension taut in this fact- based drama driven forward by Kamal’s terrorised POV. We feel his sheer exhaustion, his fear-fuelled energy sapping away. Eventually he reaches a safe haven in the woods but not for long. Adam Ali grew up in the safety of Manchester but his performance as Kamal is fraught with palpable terror in this tightly-wound unhurried tragedy that ponders the unkindness of strangers. MT