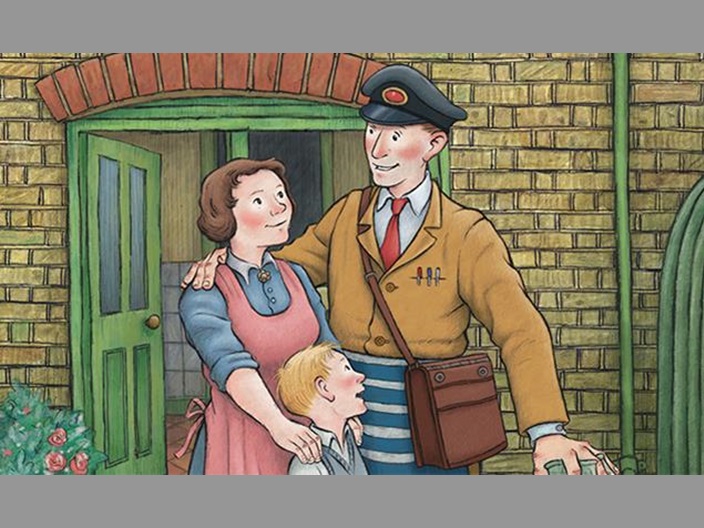 Jim Broadbent and Brenda Blethyn are the voices behind Roger Marwood’s ETHEL & ERNEST, an animated portrait of marital togetherness in suburban England. Based on Raymond Briggs’ biographical tribute to his own parents, this is an emotionally resonant drama that glows in its water-coloured tenderness echoing the likes of John Betjeman and Alan Bennett in capturing the quintessential middle class tolerance and quiet humour of the era.

Against the dramatic background of the 20th century, Ethel and Ernest’s modest story unfolds as a delicate domestic tapestry. They first meet in 1928 and go to enjoy 40 years of marriage that sees them through the privations of the Second World War, the start of the Welfare State and other national events, and the birth of their son who went on the create the evocative children’s animation Snowman.

For the most part enjoyable, some of the dialogue verges on twee in phrases such as “Mr Hitler”, and “this nice Mr Atlee” which feel like an attempt to trivialise Ethel – as if women were so ignorant back then. While some of the scenes begin to feel rather predictable, this is a touching arthouse treasure that will appeal to patriotic mainstream audiences and cineastes alike. MT

ON GENERAL RELEASE AT SELECTED ARTHOUSE CINEMAS FROM 28 OCTOBER 2016