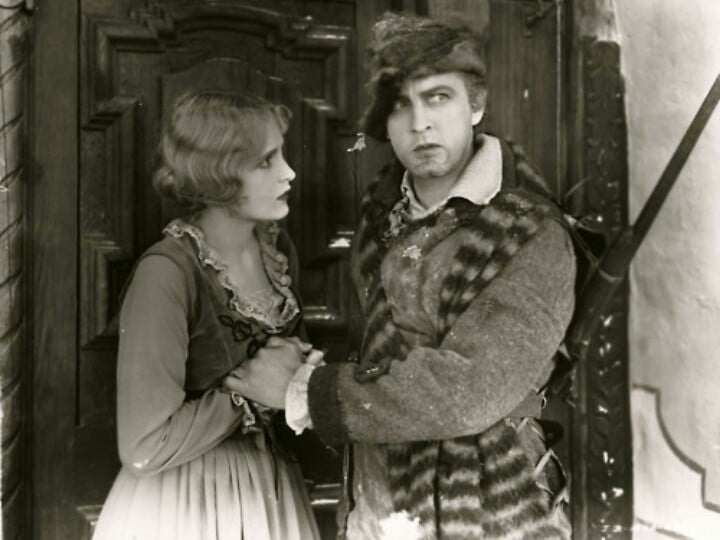 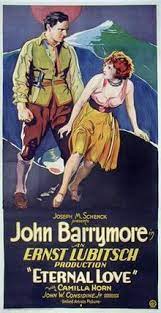 Eternal Love was the final silent film made by Ernst Lubitsch and John Barrymore. Based on a 1900 novel by J.C.Heer called ‘Der Koenig der Bernina’, the feature is fairly typical of the cross-pollination then common between Europe and Hollywood, with a German director and scriptwriter and female leading actress, sets and costumes by Caligari veteran Walter Reimann and Banff National Park in Canada standing in for the Swiss Alps in 1806.

Despite the high-powered talent brought to bear on it, Eternal Love for the most part lacks Lubitsch’s customary saucy wit promised in the earlier scenes featuring the saucy Mona Rico, and seems rather perfunctory compared to G.W.Pabst’s similar but far superior Weiße Hölle vom Piz Palü released later the same year. Oliver Marsh’s photography would plainly be far more impressive in its pristine nitrate form than the rather blurry version available today, while the drab Vitaphone score by Hugo Riesenfeld also rather holds it back.

The luminescent final shot of the moon emerging as the clouds part strikingly anticipates Crack in the World (1965), directed 35 years later by Eternal Love’s editor Andrew Marton, which ends with a shot almost identical to that of Eternal Love, except that at the end of Marton’s later film there are two moons…@Richard Chatten