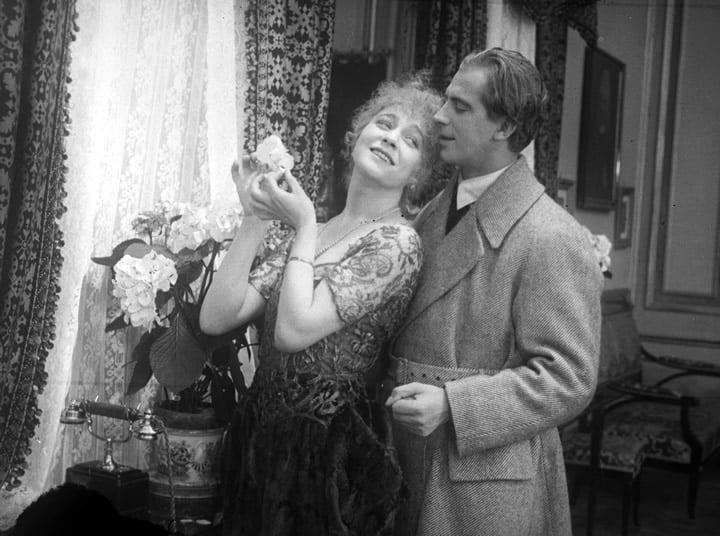 For most of it’s length Stiller just directs people constantly talking in long shot as if the closeup hadn’t yet been invented; the raciest moment actually comes when the characters all decamp to a theatre where a lady called Carina Ali performs a startling Apache dance practically nude.

Tora Teje plays a high-maintance floozie who sashays about with her hand on her hip and a cigarette between her fingers, cuckolds her husband (a lecturer on the polygamous tendency of beetles) and makes eyes at a “modern day Icarus”. Her parting shot “It’s a crying shame I had mutton casserole today” isn’t exactly “tomorrow is another day”, but it’s certainly one for the book. @RichardChatten

ON AMAZON and BLURAY