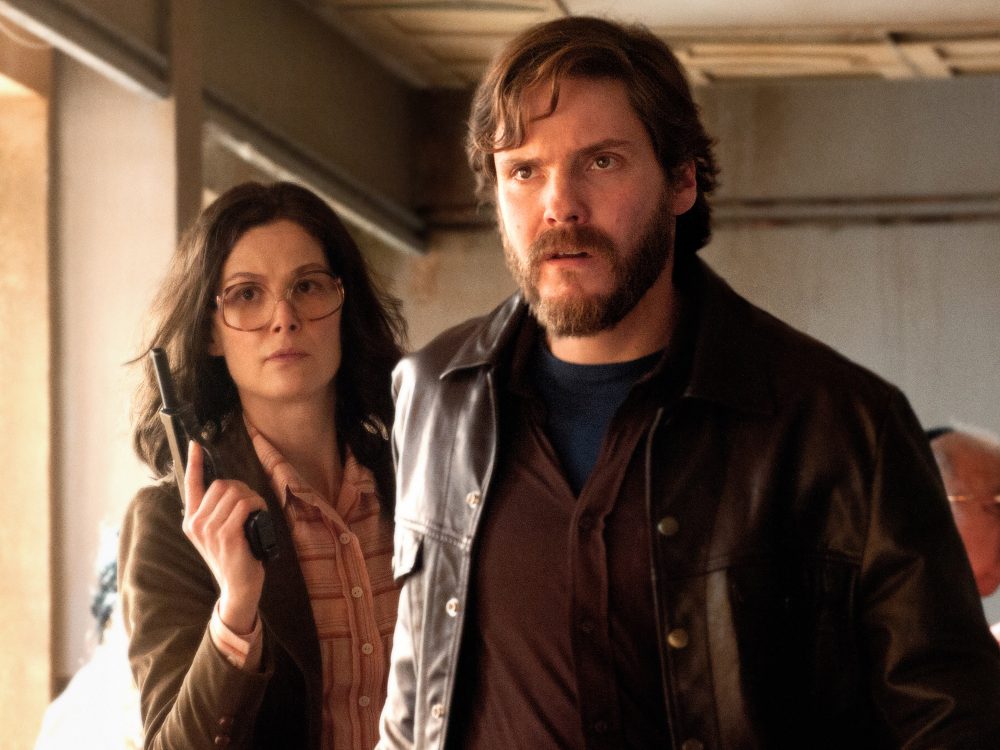 7 Days in Entebbe (July 1976) felt more like 2 weeks in this hard slog of a thriller that cruises rather than soars, never mustering any real suspense. Despite some terrific performances from its stellar cast – and particularly Eddie Marsan for the best Hebrew accent this site of the Mediterranean – the direction is sluggish with most of the film’s running time spent on debate between hijackers and planning on part of bewigged and besuited politicians. Daniel Bruhl is bland as the ideological head of the German Revolutionary Cells that was purportedly one of the nation’s most dangerous leftist terrorists groups. Rosamund Pike does her best with a rather frosty role as his accomplice. Most of the time she looks frightened to death.

Any hostage tragedy offers rich dramatic potential, yet this feels like a detached procedural that fails to excite or entertain. There’s a terrific turn from Nonso Anozie as bumptiously sinister dictator Idi Amin. And the vaguely related dance routine that headlines the start and finale of the film is a welcome idea that gives a kick up the backside to this otherwise lacklustre affair. MT