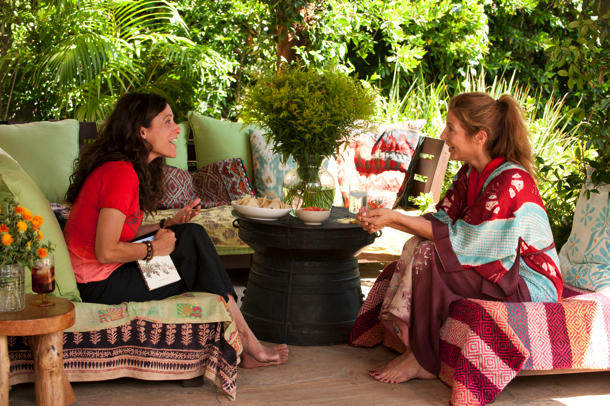 If you’re a fan of Seinfeld’s Julia Louis-Dreyfus and her particularly brand of self-deprecating humour, then this is your film. Upbeat and zinging with wit and authenticity, ENOUGH SAID is a classic farce revolving around a group of semi-sorted couples and striving singles with kids in the sunny suburbs of LA.  Living with her daughter Ellen (Tracey Fairway) Julia Louis-Dreyfus plays divorced massage therapist, Eva. 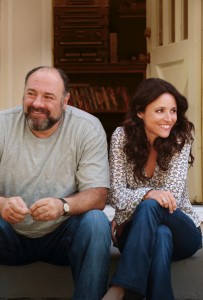 At a crowded cocktail party she talks to Albert (Gandolfino) about the unattractiveness of the other guests, agreeing to have dinner one night as friends. She also meets offbeat poet Marianne (Catherine Keener) who is so drawn to Eva’s accessible humour and empathy she starts to open up about her ex-husband and his strange habits at the dinner table.

Albert and Julia get on surprisingly well at dinner.  Albert is overweight and eats like a pig, but has a certain charm and conversation flows naturally as they discuss their daughters who are both heading for University. 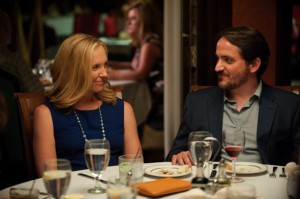 Like her character in Seinfeld, Julia always puts her foot in it but does so with such charm and warmth she makes Eva an appealing and funny woman who can be also be naive. As she gets to know Marianne, it gradually dawns that Albert was her ex-husband. Toni Collette provides additional humour as her best friend Sarah and emotional side-kick when the chips are down, but somehow Eva manages to save the day despite her massive social gaffe which naturally leaves her in the dog-house, but not for long.

James Gandolfino too emerges smelling of roses in this his penultimate film (Animal Rescue will be released in 2014). He manages to pull dignity and integrity out of the bag and certainly proves he is no pushover in the game of love.  Catherine Keener achieves the right blend of superiority and emotional aloofness in contrast to Julia Louis Dreyfus’s sparky candour. An upbeat gem.  MT

ENOUGH SAID IS ON GENERAL RELEASE FROM 18TH OCTOBER 2013