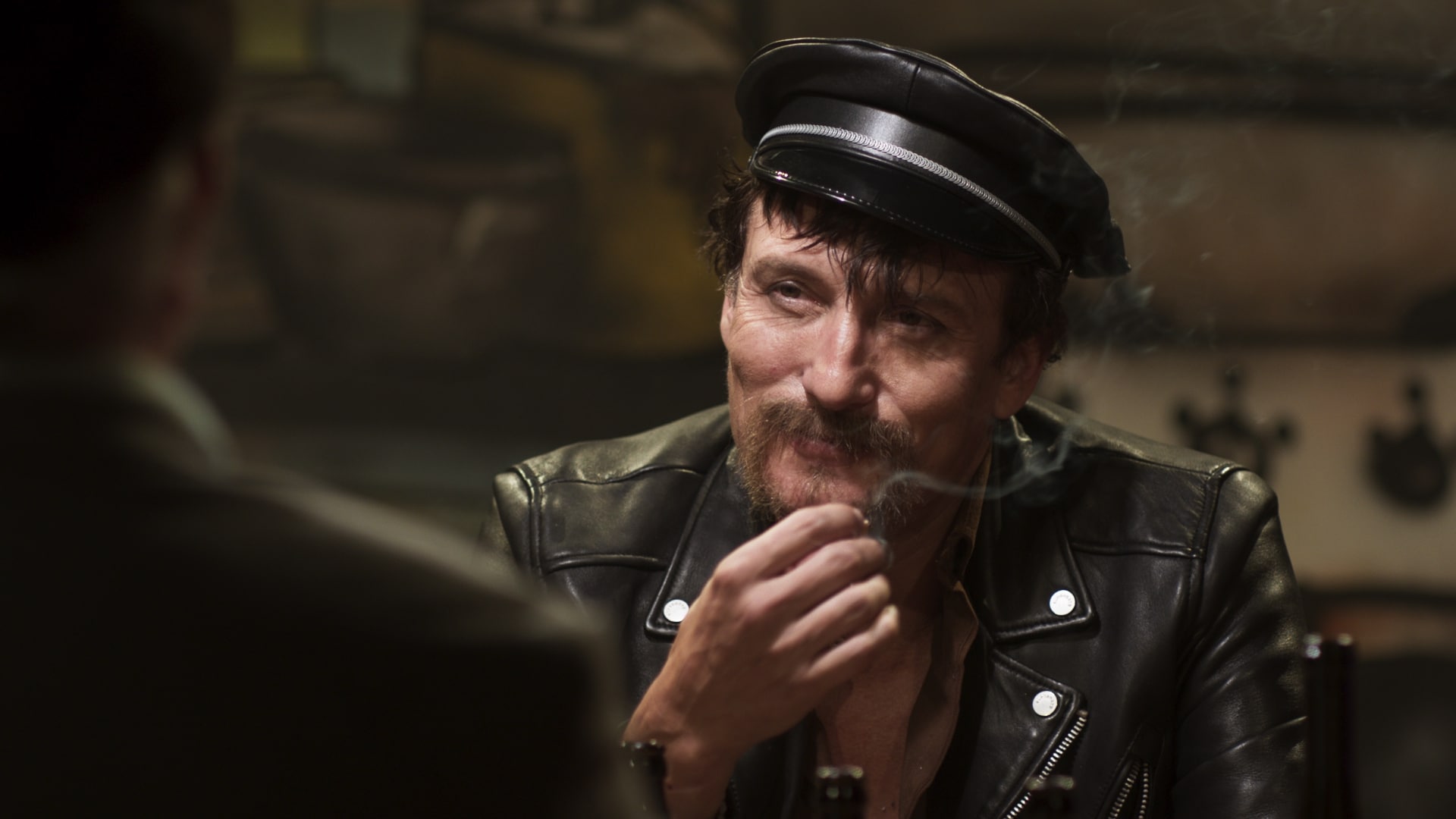 German film director and novelist Oskar Roehler (The Untouchable/Die Unberührbare) certainly has the provocative passion of his countryman Reiner Werner Fassbinder to judge by his incendiary homage to one of Germany’s greatest filmmakers screening at this year’s London annual Bfi Flare Festival festival.

Roehler has blazed a trail through New German cinema of the 1990s – and fires this visually alluring biopic with a wild and wilful ardor that would make Fassbinder proud. The German ‘wild child’ comes alive like never before in his heyday of the late 1960s-1980s when he made 41 films in 14 years.

Roehler has had to tread carefully because the source material belongs to the Fassbinder estate, the RWFF, fiercely guarded and controlled by Fassbinder’s editor and “widow” Juliane Lorenz, who is feared and respected in the industry for protecting the director’s reputation, so Roehler and his producers have had their work cut out to remain accurate while also not treading on anyone’s toes.

Successfully sliding under the skin of the private man behind the public facade, this is a biopic that feels uproariously nihilistic rather than uplifting, showcasing a driven and passionately rebellious provocateur addicted to love and politics and whose passions spilled out into his short but prolific career – Fassbinder was dead by the time most of us get going career-wise. At times it feels like Roehler identifies himself with his subject  veering into a romantic longing for his wild boy. This heady production certainly echoes Fassbinder’s milieu in taught, neon-lit scenes of sexual jealousy, megalomania and power play in a seedy Berlin’s underworld of1967, crisply lit and shot by Carl-Friedrich Koschnick as a play within a film in the confines of a studio designed by Berlin Babylon’s Markus Schutz. 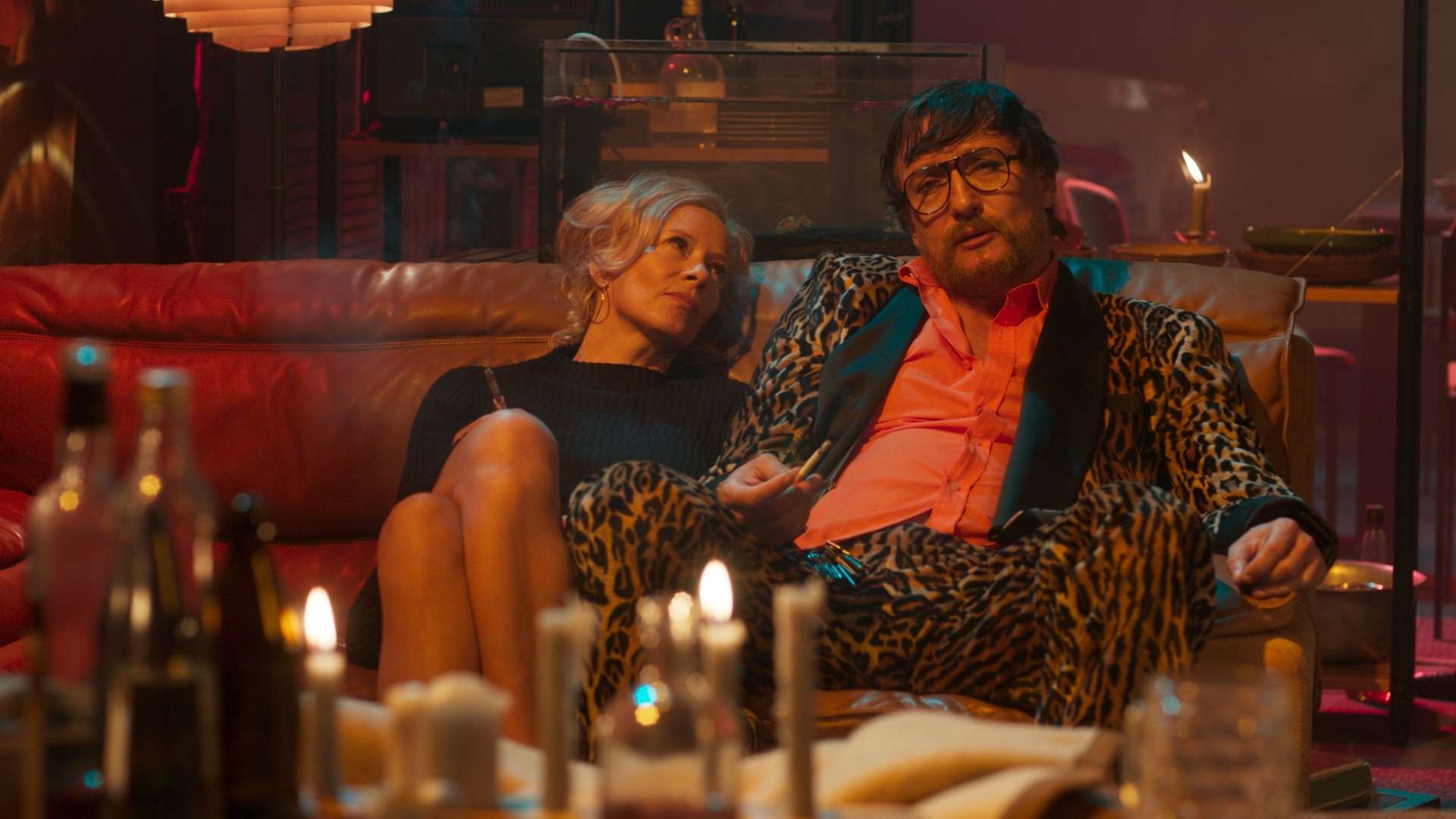 All trussed up in a leather jacket, fedora and Aviators (and occasionally considerably less) Oliver Masucci – who played Hitler in Look Who’s Back – certainly fills the part of the Enfant Terrible in a beltering performance. Like his fellow mavericks Kubrick, Hitchcock and Von Trier, Fassbinder was utterly committed to his art and demanded the same from his crew and actors: “Why is the idiot looking at the camera? What are you doing man?? We’re shooting a movie here!

Fassbinder enjoyed turbulent relationships with men and women (he was once married to a woman after coming out at the age of 15) but the focus here is on his male partners and collaborators, and he greets a tousled haired besuited Ulli Lommel (Lucas Gregorowicz) when he offers his services, with a snide acknowledgement: “If you don’t want to keep doing your TV shit”

Masucci plays him as a chain-smoking, moustachioed mensch of explosive laughter, sneering repartee and excessive appetites who embraced life with gusto. For Fassbinder his life was his work and he existed in a collective with his collaborators sealed off from the rest of the world, everything playing out within the confines of this interdependent – often toxic – dynamic. Were his collaborators merely there to fire up his own personal narrative or was he just the train-crash victim of theirs? Arguably the former judging by Roehler and his co-writer Klaus Richter. Fassbinder once stated in an interview that it was this “exploitability of feelings” that fascinated him most. And he certainly comes over as a colourfully robust figure who would do anything to get what he wanted for his art. Interleaved with dramatised scenes of many of Fassbinder’s films it’s an entertaining, accomplished and beautifully made feature. MT

NOW SCREENING AT BFI FLARE 2021 | OTHER TITLES AVAILABLE AT