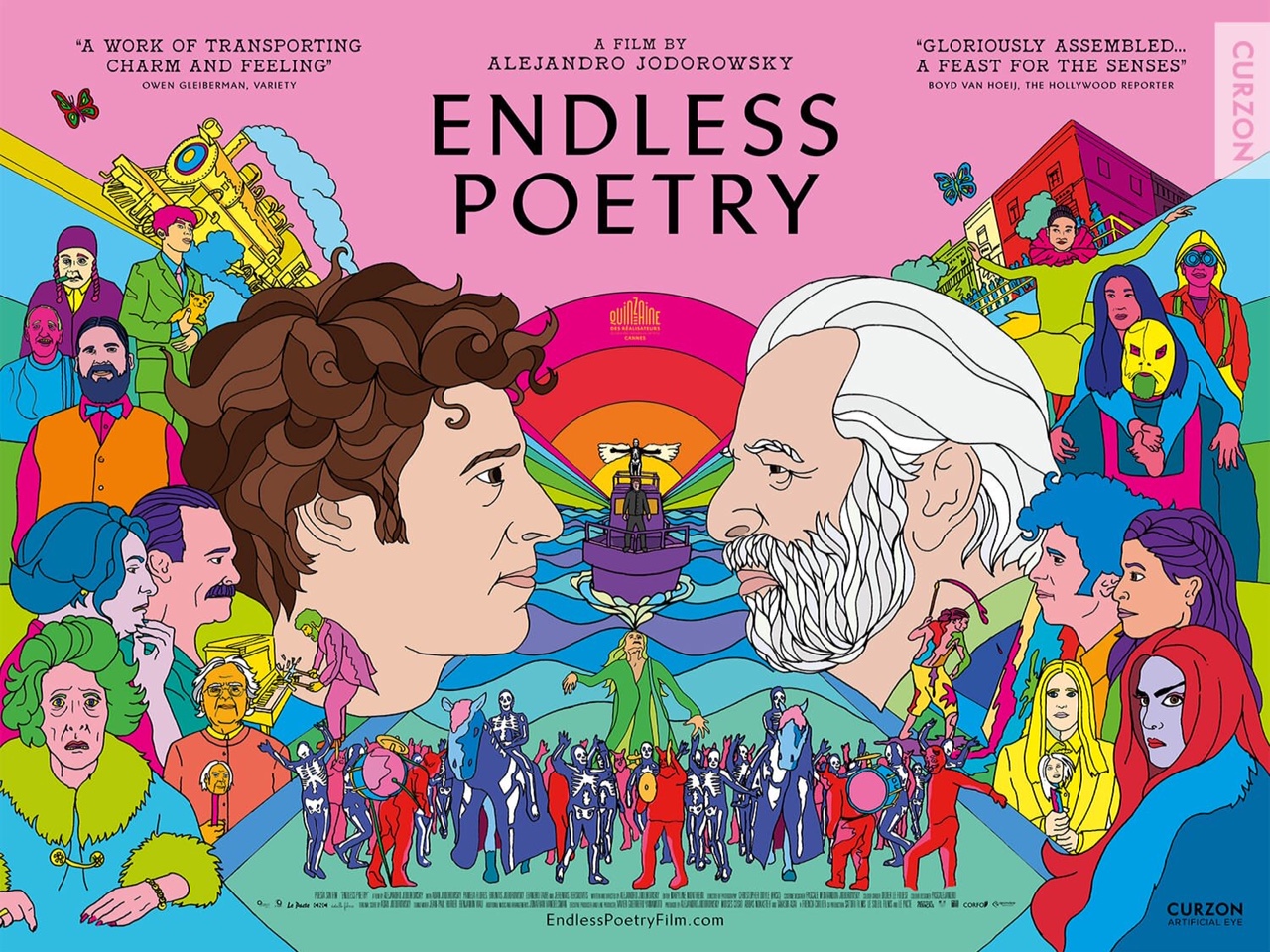 Chilean Maverick Alejandro Jodorowsky was back at the Quinzaine this year with another riotous family affair, this time starring his sons Brontis and Adan, and shot by multi-award winning DoP Christopher Doyle (In the Mood for Love).

A follow up to The Dance of Reality, ENDLESS POETRY is an episodic but spectacular affair and one of his most accessible outings to date, filmed in Santiago de Chile – dressed up in its original 1930s look – and recording his early rebellious years in 1940s Chile where he alienated himself from his Eastern European Jewish family background to mix in a bohemian circle of artists such as Stella Diaz Varin and Enrique Lihn (Leandro Taub) – with whom he marches through the city in defence of artistic freedom and defiance of the establishment. Using a familiar cocktail of magical realism and surreal mysticism, the film serves as a philosophical celebration of life that echoes The Holy Mountain and El Topo.

After moving from Tocopilla to Santiago de Chile with his family: a loving mother who sings her lines and a strict salesman father, it emerges that although Alejandrito (played as a child by Herskovits)  is light on his loafers and highly artistic – he is not infact gay. This is shown in a touching scene where his cousin Ricardo tries to hit on him and is gently enlightened to the fact that Alejandro is not that way inclined.  The film then flips forward nearly a decade to Alejandro (as played by his actual son Adan) as he falls in love for the first time with a poet Stella Diaz and tries to ‘find himself’ as a poet, despite his father’s plans for him to train as a doctor.  In reality he was to find his way to Paris to study mime before getting involved in filmmaking – but that’s for later.

The film rambles slightly in the second act and feels a tad long at over two hours running time, but this is a visually striking fantasy drama with its street scenes featuring crowds dressed as black and white skeletons and red devils and his trademark nudity . There are some political undercurrents and nods towards the hardline dictator President Ibanez (1927-1931 & 1952-1958) and Jodorowsky himself narrates from time to time with his son Adam composing an evocative original score.

The final denouement with his father is impressive, where he makes the salient and ground breaking declaration that informs his life: “by not loving me you revealed to me that love is all-important”. Clearly his father inadvertently did him a favour. MT