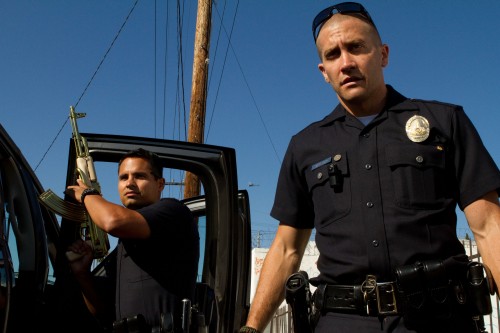 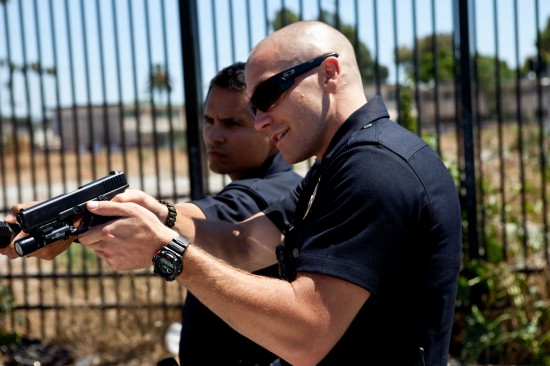 A heartstopping action thriller with knockout performances from dynamite duo Jake Gyllenhaal and Michael Pena as police officers patrolling the gang ridden streets of downtown Los Angeles.  As they dive deeper and deeper into danger, they eventually become marked men. 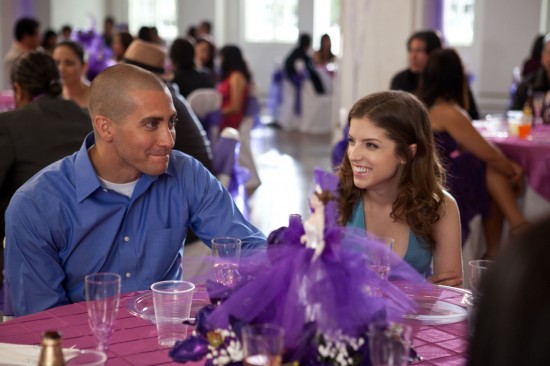 Sharing their patrol car and their daily banter, we can almost smell the venti cappucinos as we bond with their lives and loves:  Natalie Martines and Anna Kendrick give convincing support as romantic partners but their connection with  each other as pals on the beat is the relationship that shines out as being most convincing and real.  Contrasting this soft centred police pairing is the grittier turn by David Harbour’s hard-bitten older cop, Officer Van Hauser.

End of Watch compells and propells the narrative forward in an adrenalin rush of gruelling police life, from dawn to dusk.  Although the private love lives of the detectives is a little sugar-coated for some tastes, the gut-wrenching immediacy of the central story is skillfully evoked. Roman Vasyanov’s superb cinematography with its slick visuals and awkward camera angles and David Ayer’s (Training Day) snappy screenplay make it all seem so real as we track the action at fever pitch. MT

RELEASES THIS WEEKEND AT ODEON, VUE, CINEWORLD AND PICTUREHOUSES.