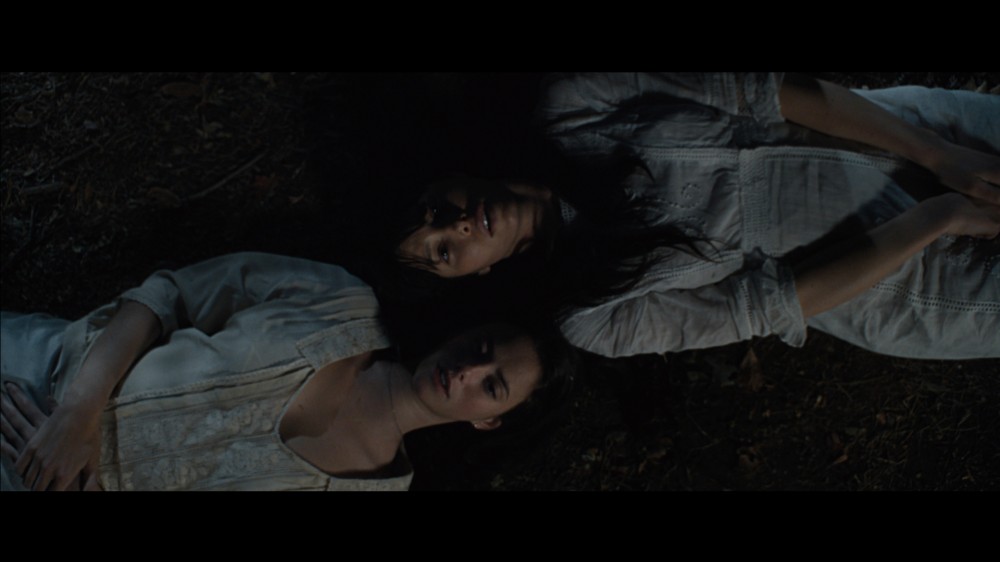 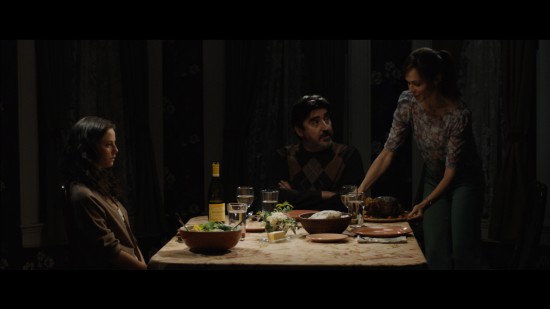 Probably my least favourite at Sundance London this year is the offbeat drama Emanuel and The Truth About Fishes which tackles themes of sadness and motherhood in an unsatisfactory resulting in a drama with no drama and a story of grief that fails to deliver on all levels.

As the story goes, Emanuel killed her mum.  During her birth, her mother was in the throes of dying and, accordingly, she becomes a living tribute to her untimely death. In the opening scene, we meet Emanuel fully grown-up: a spiky, ‘sorted’ singular teen, played by Kaya Scoledario.  But the family tragedy doesn’t seem to have had an overtly negative impact on her father, a considered and philosophical man, played here by Alfred Molina, who has subsequently formed a childless union with his winsomely insecure wife (Frances O’Connor). Emanuel rejects her motherly pretensions outright, so it’s an unhappy trio that lives in a wooden house in the suburbs of what could be Boston or, possibly, Toronto.  The weak link to the piece is next door neighbour Linda, played by a vapid and one-dimensional Jessica Biel, as a surgically enhanced yummy mummy,  who lives with her newborn daughter, Chloe.

This is Francesca Gregorini’s second feature following the pretentious but well-put together Tanner Hall. It doesn’t appear that she’s grasped the nettle of these delicate issues personally or had any dealings with them to produce a story that appears to trivialise the concepts and themes it aims to explore and engage with.

Although Emanuel forces her father to recount the intimate details of her traumatic birth over and over again, it’s axiomatic that Emanuel has absolutely no memory of her mother, and this is made patently clear by the circumstances of her loss.  And yet she fixates on Linda from the minute she sets eyes on her, offering to babysit and seemingly to bond with her despite Linda’s unappealing personality and attempts to alienate Emanuel with female guile and coyness making sure she has control over the everything concerning her baby girl.

And Linda is certainly no earth-mother: in some ways, she appears to compete with Emanuel on the female front: flirting with her co-worker (Jimmy Simpson) and occasionally being unpleasantly domineering; so there is no grounding or believability in their closeness from the start and neither is there any attempt to develop or examine the individual characters as their working relationship continues.

When Emanuel realises that baby Chloe is infact a doll, instead of reacting she buys into the conceit (to protect Linda?) and goes along with it seemingly unperturbed yet growing increasingly obsessed with the actual doll rather than attempting to engage privately with LInda whereas Linda appears undisturbed by the concept of anyone finding out about her deceit.  When Emanuel’s step-mum tries to befriend Linda by asking round for dinner, Emanuel becomes hostile and thwarts any attempt for them to get to know one another by gross machiavellian tactics involving a love interest she meets on the bus, in the shape of the promising Aneurin Bevan, whose role is never developed beyond kissing her and riding a bicycle.

Gregorini then introduces a fantasy element into this soulless, cold drama by tacking on a beautifully-rendered and surreal (CGI) water and fishes sequence, presumably aimed at exploring Emanuel’s psychological state, which feels out of place, absurd and bewildering.

None of the female characters here is remotely appealing which seems counterproductive in a story that’s all about us sympathising or emphathising with its very feminine and important issues.  Emanuel is rude and short-tempered even with her love good-looking lover, LInda is a bland cypher and the step-mum is a winsome and fractious shell of a woman. The only character with any perceived depth and who really elicits any sympathy is her bereaved father.

Emanuel makes off-putting viewing: I couldn’t wait for it to end but it left wondering what Gregorini had in mind for us with her next outing. MT