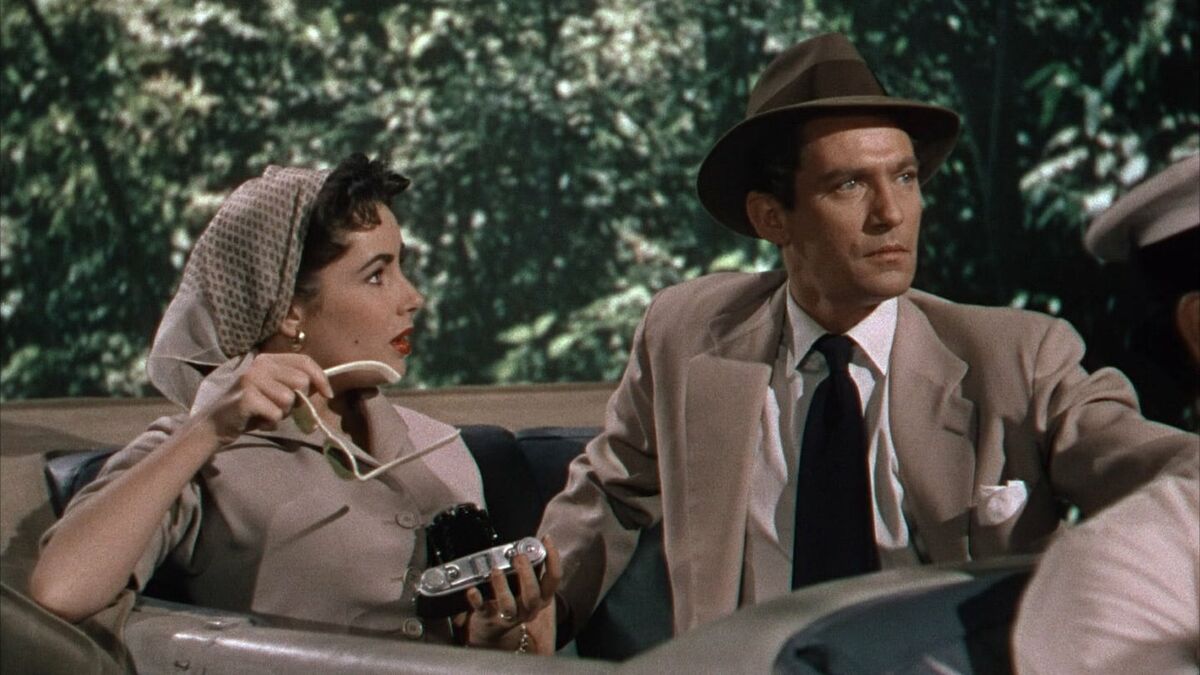 One of several films Elizabeth Taylor made where as much drama went on behind the camera as it did on the screen; a sort of ‘Rebecca’ written by Maugham, complete with a hostile Miss Danvers in the form of Abraham Sofaer. Taylor replaced a stricken Vivian Leigh only after Jean Simmons, Olivia de Havilland and Katherine Hepburn had politely said ‘no’.

It follows a similar plot arc to The Naked Jungle, with the radiant young Liz mistreated by a boorish Peter Finch until all their problems are rendered irrelevant by the double whammy of cholera and marauding heffalumps, and ironically concludes with Sofaer declaring “The time will come when the people will not fear inoculation. They will learn”. @RichardChatten.